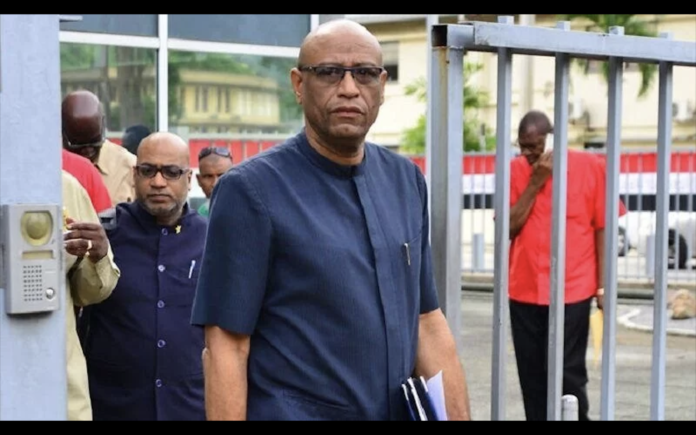 The empirical evidence to demonstrate that vaccinated people will not be infected with Covid-19, and that inoculation will cause them to stop transmitting the virus, requested of the Government by labour leader Ancel Roget as a condition, does not exist anywhere in the world.

So said Attorney General Faris Al-Rawi in a telephone interview last night, following a virtual meeting between himself and labour heads on the Government’s vaccination policy which ended in a stalemate.

Al-Rawi said Roget demanded that this empirical evidence be provided, failing which there ought to be no vaccination of public servants as the Government’s policy proposes.

The AG said the provision of the non-existent empirical evidence was one of two conditions from the union.

The first condition was that the Government’s vaccination policy requesting that public servants vaccinate or face being furloughed be withdrawn.

He said Roget spoke on behalf of 14 entities with whom he said he’d had discussions prior to the meeting.

The AG said he immediately informed Roget that his request for empirical evidence cannot be provided. “I pointed out to him that the second condition does not exist anywhere in the earth,” he said.

Al-Rawi said the Government’s policy was driven by the data that nine out of ten people in the Intensive Care Unit and High Dependency Unit are unvaccinated.

He said Roget was also unwilling to discuss a time-frame to move forward. “He said he was not prepared to have any discussions on time-frames, or as to what the content of recommendations would look like because we just need to simply start,” he said. “I’ve undertaken to come back to him after I take my instructions. Obviously I am carrying out a function on behalf of the Cabinet at this point, and I undertook to come back to him and I will,” he added.

Asked if the conditions were rea­listic and whether the Government would withdraw as asked, Al-Rawi said he does not want to be premature and respond, as he needs to ­respect the process.

He disclosed that he listened to Roget, who shared his thoughts on the Prime Minister and other issues, adding he was concerned Roget said he didn’t trust the data coming from the Government.