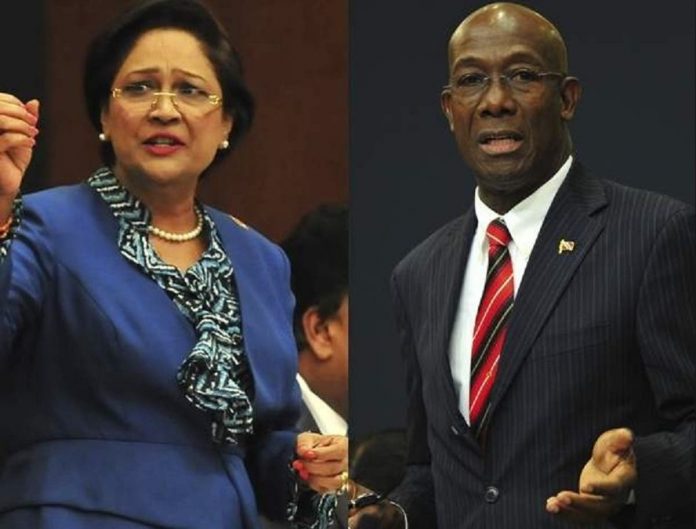 Voters in Trinidad and Tobago go to the polls Today, Monday 10 of August to elect a new government following allegations of corruption and racism in a campaign severely hampered by the coronavirus (COVID-19) pandemic.

The election is not the only one in the Caribbean where the pandemic has played a major role in limiting the campaigns, following upon similar polls in Anguilla, Suriname, Guyana, and St. Kitts-Nevis.

Caribbean countries have been forced to implement measures aimed at curbing the spread of the virus that has killed 719,000 people and infected 19.3 million others worldwide. Among the measures are limiting the number of people allowed to congregate in any one place to between 10 and 25, adhering to social distancing, wearing masks and curtailing movement through the implementation of curfews, mainly in the evenings when political rallies are usually held.

In the end, political parties have had to be innovative, using virtual meetings to spread their messages, and spending excessive funds on radio and television advertisements and buying air time. In addition, the closures of the borders have presented yet another problem, with opposition parties claiming that the government has used the closures to prevent nationals from returning home to vote.

Trinidad and Tobago, where 1, 134, 136 people are eligible to cast ballots at the estimated 2, 200 polliing stations, is no exception.

At the start of the pandemic in March, Trinidad and Tobago had been able to limit the number of positive cases to a low number, recording also eight deaths. The Keith Rowley government had been praised for its approach to dealing with the situation brought on by the virus, but in recent days, the number of people testing positive has skyrocketed to more than 200, even though there are no new deaths.

Health authorities have said, nonetheless, that the country is not facing a “second wave: or an outbreak of the pandemic as has been in the case in several countries worldwide. They have described the recent cases as a “sporadic cluster spread” with people here blaming the new cases on the illegal trafficking of migrants from Venezuela.

The small opposition People’s Empowerment Party (PEP), which is fielding 28 candidates in the elections, wrote to President Paula Mae Weeks on two occasions urging her to postpone the August 10 poll because of the virus.

“Your Excellency, in your response to our request for a postponement of the general elections currently underway, where we stated clearly that the elections will put our people’s lives at risk, you suggested that nothing much has changed since the proclamation of Legal Notice 34, but Your Excellency, today’s startling news alone should prompt you to again reconsider,” the PEP leader Phillip Alexander, wrote late last month.

“If we fail in our duty to the stark realities before us, we risk putting masses of people in danger. We in the Progressive Empowerment Party take the step here of appealing your response and your decision and urge you to reconsider,” he wrote.

But the Elections and Boundaries Commission (EBC) said it has been working with the Ministry of Health putting in place protocols to govern election day activities, including the wearing of masks inside the polling station.

But the UNC has said that the EBC has no authority by law to tell voters they must wear masks to vote.

“Is it going to be the presiding officer who says, you are exhibiting symptoms, you can’t vote? You will put a doctor in every station? What will you do, import them from Cuba?,” UNC leader Kamla Persad Bissessar told supporters as she questioned the criteria to be used by the EBC in turning voters away from polling stations for exhibiting COVID-19 symptoms.

She argued that the election guidelines can be used to debar UNC voters and “steal the elections.

“They could just look at you and say you are UNC and say you are exhibiting COVID symptoms…you can’t vote. What madness is this? Again…designed to kill us and steal the elections – politically kill us,” she said, warning that the UNC would pursue the matter of stopping voters without masks, in court if necessary.

“I want to say the EBC cannot legally disenfranchise anyone for not having a mask. I am not saying don’t wear masks, I’m saying it should be optional,” said Persad Bissessar, adding “the EBC does not have the power in law. Remember your powers. You want to tell us you don’t have a mask don’t come to vote. The EBC does not have that power. The wearing of the mask should be optional”.

But Rowley has urged the population to follow the protocols being outlined by the EBC urging them to take the threat of COVID-19 seriously.

The elections are not being observed by regional and international observers after the government said it wanted all observers to observe the protocols governing COVID-19 and ensure that they are here in order to observe the 14 days quarantine period.

Chief Elections Officer, (CEO), Mrs Fern Narcis-Scope, said that while the EBC is disappointed at the situation, the absence of observers places the EBC more under the spotlight, insisting nonetheless “‘we are ready to deliver.

The CEO, who played a role in observing the disputed elections in Guyana in March, said she understood what international observers bring in terms of the credibility and “the stamp of approval they can put on your elections. We are a little saddened that things did not work out.

“…but nonetheless we are ready to deliver and I look back to the feedback from the public, the media and the political parties as to how they thought we had performed,” she added.

Rowley said he had extended invitations to the Commonwealth and the Caribbean Community (CARICOM) to observe the elections. But both indicated that it would have been an expensive venture given that their members would have had to arrive here at least two weeks ahead of the polls.

There are an estimated 146 candidates representing 19 political parties and four independents contesting the 41 seats in Monday’s election, with the ruling People’s National Movement (PNM), the only party fielding candidates in all constituencies.

The main opposition, United national Congress (UNC), as it has done in previous elections, are not fielding candidates in the sister isle of Tobago, but its leader, Persad Bissessar, is confident of returning to the corridors of power after she was ousted by Rowley’s PNM in the 2015 general election.

Among the candidates facing the electorate on Monday is the disgraced former vice president of the International football Federation (FIFA) Austin “Jack” Warner, who apart from battling extradition to the United States to face charges of racketeering and conspiracy as part of a global graft probe into world football’s governing body, is his Independent Liberal Party (ILP) lone candidate.

The 77-year-old, who served as a government minister under Persad Bissessar, when she led the People’s Partnership government between 2010-15, is confident of winning the Lopinot/Bon Air West seat, along the east west corridor, now held by the PNM.

Political observers say the election is a straight fight between the Afro-Trinidadian backed PNM and the Indo-Trinidadian supported UNC and that the electorate remains deeply divided along racial lines.

The issue of race surfaced during the campaign, when Persad Bissessar, addressing party supporters, insisted that she had not referred to Prime Minister Rowley as the “black man on the other side”.

In a message posted on his Facebook page, Rowley wrote, “Finally!!! Caught in her frequent disgusting race baiting she is reduced to repeating inane rubbish to try and lie her way out.

“Anyone surprised? She didn’t call me an Oreo. What she said was ‘Ohio’! or ‘Oh hello’,” he added, making reference to a public statement made by Persad Bissessar in September 2018 when she described him as an “Oreo” owned by the “one per cent” of the population, a term used to describe the Syrian/Lebanese community here.

But Persad Bissessar insisted that she used the word ‘blank’ to describe Rowley and not ‘black’.

“Keith Rowley is again trying to divide the population by purposefully using the word ‘black’ instead of ‘blank’ with the hopes of stirring a racial argument to distract the population from his failed tenure,” she said, adding that the term ‘blank’ was in reference to Rowley’s “complete lack of ideas, vision or plan”.

The race bogey raised its head a few days before the polls open, when Rowley called on the UNC to immediately withdraw a political advertisement showing that a black person being handed a bunch of bananas after complaining about the performance of the government.

“I know what the yellow bananas mean. It is moneys they give bananas. All over the world footballers walk off the field when they start to make monkey chants, but in the UNC advertisement, black people hungry in Trinidad and Tobago and you feed the monkeys bananas,” Rowley said.

“You could go to hell with that. We are better than that in Trinidad and Tobago. If the PNM has one legacy that we are going to defend to the death is that we have encouraged inter-racial solidarity in this country and we will not allow Kamla Persad Bissessar and her minnows to threaten it. I demand that those ads be removed,” Rowley said.

The two main parties have released manifestos outlining their plans for the next five years, if they receive the support of the electorate.

The PNM said it would encourage economic diversification away from oil and gas, especially in agriculture, manufacturing, construction, tourism, non-oil industry, arts and culture, the digital age, financial services, medical services and ICT.

Prime Minister Rowley believes that the future also lies in the digital economy and according to the manifesto, a new PNM administration would establish a Ministry of Technology and Digital Records as well as remove taxes from computer purchases.

‘We want to go away from paper files in a drawer, under a desk. If you have to do business with the State you have to line up for days, all of those things we are putting behind us, out of this COVID will come a modernised Trinidad and Tobago,” Rowley said.

For its part, the UNC is promising to create 50,000 new jobs, work with the Central Bank, the Ministry of Finance and the Central Statistical Office to determine the true condition of the state of the economy, the country’s public finances and capital projects.

In addition, it is also proposing the establishment of an Economic Strategy Council in the Office of the Prime Minister, which will implement and manage flagship projects/programmes which are considered ‘transformational’ and instrumental to achieving key targets and deliverables of its economic masterplan.

It is also promising to recommence operations of the refinery at the state-owned PETROTRIN that the Rowley government closed after indicating that it had been a major drain on the economy of the country, with losses totalling billions of dollars (One TT dollar-US$-16 cents) annually.

“We will repeal the property tax legislation. We will prepare a divestment plan and debt workout strategy for non-strategic, loss-making state enterprises,” the UNC is also promising.