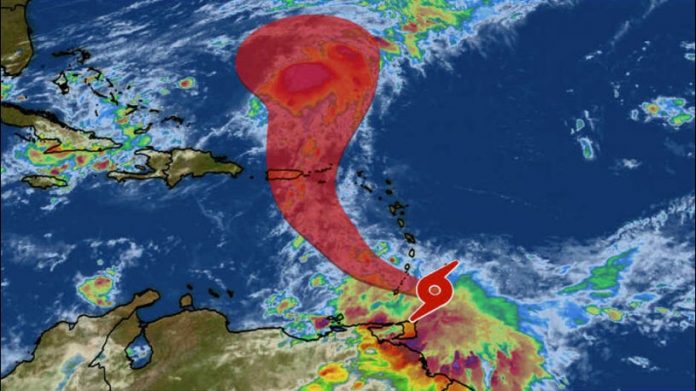 The Government of Trinidad and Tobago says it is working through its various agencies to take all necessary steps to prepare for the impact of Tropical Storm Karen.

In a statement on Sunday, the government urged residents  to remain vigilant and heed the warnings and alerts from the Office of Disaster Preparedness and Management and the Meteorological Office.

It took effect from 6am (local time) on Sunday and will end on Monday at 9pm.

The Met Office said  periods of heavy to intense showers and or thunderstorms are likely and could result in street and flash flooding.

It also stated that the risk of landslides and landslips is very high certain areas.

According to Prime Minister Dr. Keith Rowley, who is scheduled to department the country on Sunday for New York to participate in the United Nations General Assembly – the Cabinet remains alert to the developing situation and stands ready to respond.

During Rowley’s absence Finance Minister will act as Prime Minister until he returns.