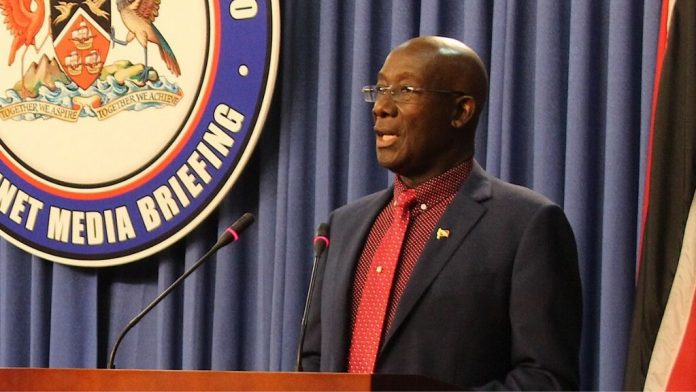 As of now, Government has no plans to take over inter-island airline service LIAT or its routes even as the regional carrier faces liquidation and restructuring.

The future of LIAT, which as of April this year was more than EC$100 million in debt, remains uncertain.

Prime Minister Dr Keith Rowley at a media conference on Monday indicated that T&T has no involvement in LIAT nor are there plans to get involved that arrangement.

He noted that the Government of Barbados speaks on T&T’s behalf in the matter as Government allowed its Barbadian counterparts to use, by proxy, the six percent shares as a residual it held.

“So the Government of Barbados is responsible for speaking for Trinidad and Tobago with respect to that six percent of the shares. We are not involved at all in the LIAT business and as of now, we have no plans to get involved in the LIAT arrangement.”