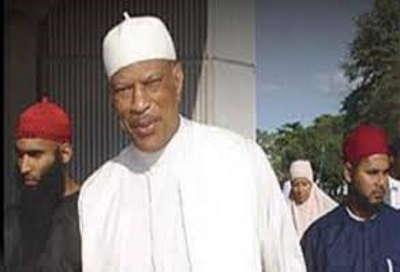 Leader of the Jamaat-Al-Muslimeen group, Yasin Abu Bakr, says he will not apologise for the 1990 coup aimed at unseating the Trinidad and Tobago government even as he acknowledged the “unfortunate inability” of at least one survivor to understand the context of the 1990 “revolution”.

In a statement marking the 28th anniversary of the failed coup attempt on July 27, 1990, Bakr said he is also aware that there are others in society who are “afraid of citizens standing up against injustice and have demonised his actions over the years”.

They were later tried for treason, but the Court of Appeal upheld the amnesty offered to secure their surrender, and they were released. At least 24 people, including one legislator, Leo Des Vignes, were killed during the six-day insurrection that ended on August 1, 1990. Bakr led more than 100 men in trying to overthrow the government of then prime minister ANR Robinson.

However, The London-based Privy Council, the country’s highest court, later invalidated the amnesty, but the Muslimeen members were not re-arrested.

Bakr never appeared before a Commission of Inquiry that had been established by the former People’s Partnership government to examine the circumstances leading to the insurrection. In 2014, Bakr said he had not read the four-volume report of the Commission that the government made public on the website of the Trinidad and Tobago parliament.

Wendell Eversley, one of the persons, who survived the insurrection, and has been staging an annual march urging the government to show more recognition to those killed during the coup attempt, had called on Bakr to beg forgiveness from the population.

“We are a bunch of hypocrites when it comes to remember July 27, 1990 and it is a shame to know that this probably the only country  in the Western hemisphere where there was an attack on an elected government and up to today they haven’t seen it fit to have even a wreath-laying ceremony to remember those who lost their lives,” he said.

But in his statement, Bakr said while he recognizes the unfortunate inability of Eversely to understand the context of the Revolution in 1990, he is also vowing to never apologize for “arresting the criminals in Parliament and standing up for woman police constable Bernadette James who was murdered”,

Bakr said he would also never apologize for setting an example of “resistance and revolt against oppression” in Trinidad and Tobago.

But he said he recognizes those who lost and sacrificed in 1990 “and wishes only for God to recognize his sacrifice and efforts for this country.

Bakr said that he loves “his people and his country and recognizes the suffering of so many now at the hands of corruption, mismanagement and greed”.