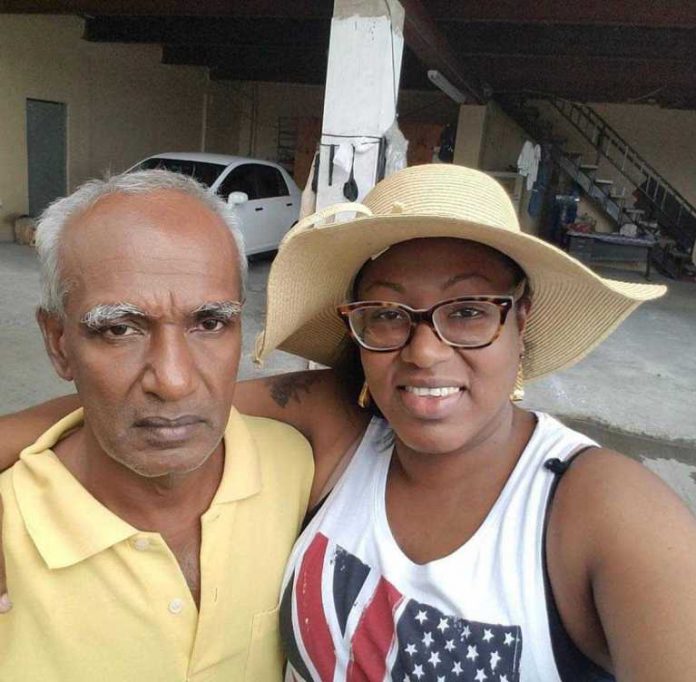 Relatives of Carenage businessman Koongebeharry Jaisarie, 64, are demanding justice after his body was discovered days after he went missing.

Jaisarie’s body was found in a makeshift grave at the back of an unfinished church at Old Milford Road, Lowlands, next door to his E-Zee Breezy Hotel and Bar property on Tuesday.

According to reports, around 6.30 pm a party of officers attached to the Homicide Bureau of Investigations, Divisional Task Force and Divisional CID went to the compound after receiving information. Well placed sources said with the help of cadaver dogs, they found the grave and dug up the body, which was buried approximately eight feet deep and was cast in concrete. The body was clad in dark-coloured underwear and a multi-coloured striped t-shirt. Homicide officers said they believed it was Jaisarie’s body because of the site’s close proximity to his property.

Jaisarie travelled to Tobago on a business trip earlier this month. Relatives reported that he was expected to stay at the E-Zee Breezy Hotel but was last seen alive on June 4.

A senior police officer told Guardian Media yesterday that the investigation was at a sensitive stage and they could not make any further comments on the matter.

However, speaking from the United States yesterday, Jaisarie’s daughter Sparkles said she was in shock when she got the news from relatives. She said the family was demanding justice for the mafia-style killing of her father.

She also called on Minister of National Security Stuart Young to grant her permission to enter T&T to attend the funeral and conduct further inquiries to ensure there is no cover-up in the case. Sparkles, her three sisters and her mother, who was Koongebeharry’s first wife, live in the US.

The man’s brother Bobby Jaisarie, 48, said the family was extremely distressed and wanted answers and justice.

“This could be a land dispute that he was killed for and we are asking that police move quickly to arrest the main suspects and do not cover up anything,” Bobby Jaisarie said, adding the body was expected to be sent to Trinidad for an autopsy and identification.

Jaisarie’s murder and that of Dwight Turpin yesterday took the number of murders in Tobago for the year to four. (See other story)

Addressing the recent murders on the island during a virtual post-Executive Council media briefing yesterday, Tobago House of Assembly Chief Secretary said he was gravely concerned about every occurrence of crime on the island. While he admitted to not being aware of the Jaisarie killing, Dennis assured the THA is working closely with the Trinidad and Tobago Police Service to address the issue.

“I met with the Commissioner of Police sometime last week and we did discuss the issue of Tobago’s security and it continues to be a priority for me as Chief Secretary and a priority for the men and women of the Trinidad and Tobago Police Service.”

He also called on Tobagonians to do their part to curb the spread of crime on the island.