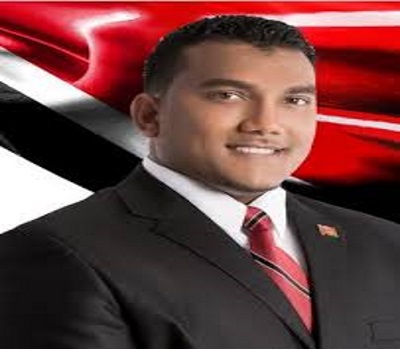 A government legislator has been hospitalised after he was stung by more than 100 bees while plowing land in Chaguanas in Central Trinidad over the weekend.

Senator Avinash Singh, the Parliamentary Secretary to the Minister of Agriculture, remained warded at the Eric Williams Medical Complex after he had to jump into a river to preserve his life on Saturday.

Agriculture Minister Clarence Rambharat, said his colleague is allergic to the insects and had to be rushed to the hospital, where he received emergency treatment.

“Avinash was working on a plot that his father plants. He was alone at the time and fled from the tractor. He ended up jumping into a river for safety and was rescued from there by people who heard and saw what was happening,” Rambharat said, adding that Singh “can move and can speak but he is being supplied with oxygen to assist his breathing.

“He will be spending some more time at the hospital as doctors monitor his breathing and other vital signs. He is allergic to the bee stings and had to be stabilised.”

Health Minister Terrence Deyalsingh said he had been informed that Singh was out of danger.