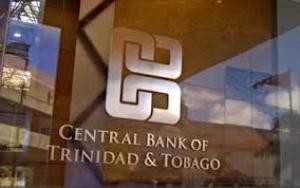 According to the CBTT, production levels were 1.6 per cent lower than in the first quarter of 2016 without providing figures for the corresponding periods.

The CBTT, in its “Monetary Policy Announcement” for May, noted that there was also evidence of a pick-up in energy exploration activity which is expected to bolster output in the short to medium term.

“Meanwhile, natural gas production has yet to recover, with output in January to March 2017 recorded at 8.4 per cent lower than the year-earlier period. Other available non-energy statistics suggest that construction and distribution activities were very subdued in early 2017,” the bank added.

Trinidad and Tobago has had to deal with a significant decline in revenue from the oil and energy sector following the drastic decline in global prices for the commodity in recent months.

In its statement, the CBTT said that the domestic economy continued to need support towards recovery and that the risk of overheating did not appear imminent in light of the recent information on inflation.

“At the same time, the narrowing of interest differentials between Trinidad and Tobago and the United States has implications for the balance of payments.”

According to the bank, inflation has remained low with the 12-month headline rate in March being 2.8 per cent, up from 2.6 per cent in the previous month and close to the three per cent averaged over the past six months.

Core inflation was 2.6 per cent year-on-year in March. The weak inflationary pressures were also reflected in the indices of producer prices and building material prices, an increase of 2.8 per cent and a decline of 0.6 per cent on a 12-month basis respectively, in March 2017,” the CBTT noted

It said that the liquidity situation of the financial sector was relatively comfortable with commercial banks’ excess reserves at the Central Bank averaged TT$3,441 million (One TT dollar =US$0.16 cents) in April 2017 and have hovered around this level for much of May.

But the CBTT noted that credit growth has continued to slow.

“Credit granted by the consolidated financial system to the private sector grew by 2.6 per cent, year-on- year in March 2017 compared with 3.2 per cent a month earlier, with loans to businesses actually declining by 0.7 per cent in the year to March.”