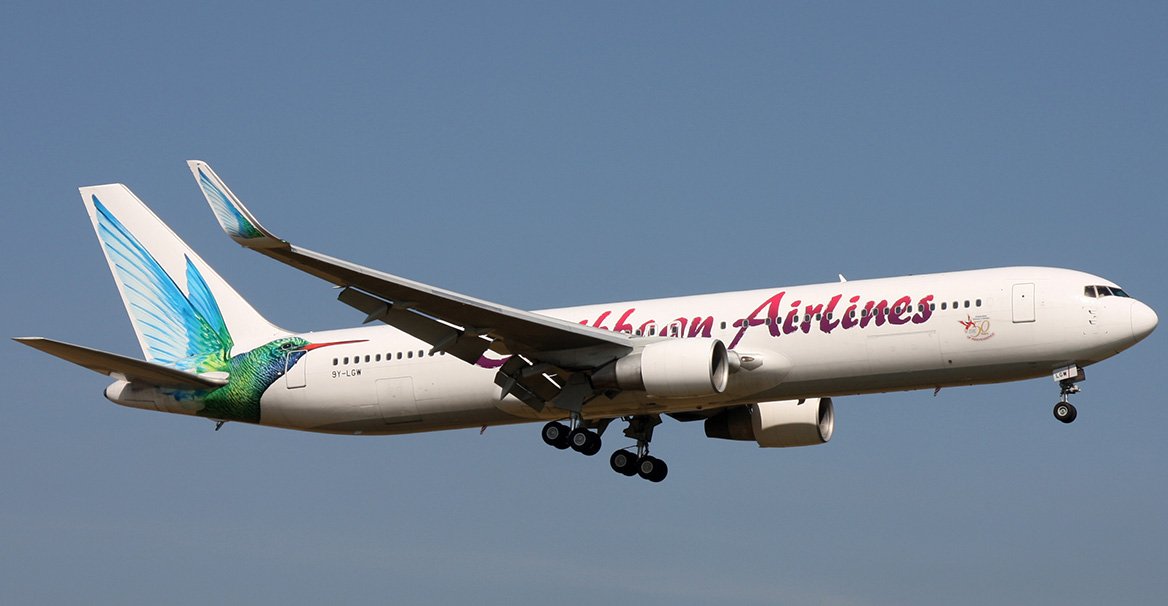 Regional carrier, Caribbean Airlines (CAL) is reporting increases in cargo revenue by 14 per cent and a year on year profit by 34 per cent for January to September 2019.

This was revealed in the unaudited summary financial results outlined in a press release on Friday.

The results show earnings before interest and taxes (EBIT) of TT$121 million (One TT dollar=US$0.16 cent) comprising of TT$153 million on international and other operations, and negative TT$32 million on the domestic air-bridge.

CAL attributes its success to the implementation of new technology, expansion of the airline’s route network, an increase in passenger demand and cargo business together with enhanced cost management.

“It has truly been a breakout year for Caribbean Airlines,” said CEO Garvin Medera.

“Another strong financial performance means we can continue our investments into new planes and services for our customers, building a better place to work for our employees, and supporting communities across the Caribbean through sponsorship, economic activity and global connectivity.”

Chairman of CAL, S Ronnie Mohammed added that the carrier continues to develop a strong, sustainable platform to extend its reach and services in the future.”

Another is the increased duty-free revenue by 1.1 per cent and year on year profit increase by 36 per cent. It also includes the introduction of a new revenue management system for improved forecasting and business optimisation.

The domestic air bridge provided 872,498 seats and carried 766,776 passengers, ensuring that passengers were serviced as required with adequate capacity.

The release said CAL is ranked 96 of 332 global airlines for on-time performance (OPT) which averaged 82 per cent within 15 minutes on the air bridge.

International operations carried 1,247,592 passengers with an OTP average of 81 per cent.

CAL also listed some of its new products and services announced this year – among them- a revamped website, 24-hour call centre and Flight Notifications.

The airline also launched non-stop flights between Port of Spain to Curacao, non-stop services between Kingston to Barbados and seasonal service from Montego Bay to Fort Lauderdale.

The upcoming expansion of the Kingston hub is to include service to Havana and Grand Cayman.

The release added: “The iconic Caribbean Identity campaign launched in February included sponsorship of events and organisations in 19 destinations across our network, bringing extra focus to the music, food and vibrant heritage of the Caribbean – many cultures, one people.”