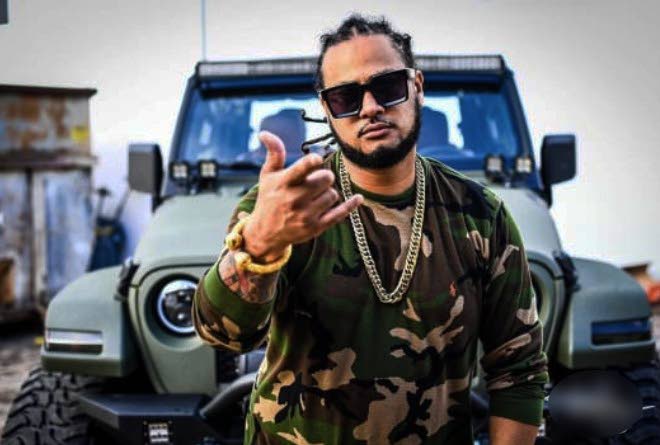 Murders, police-involved shooting deaths and bodies found on the road and near a river capped off a bloody weekend in which at least 11 people were killed in violent acts between Saturday and Sunday. Of the 11, five men were killed by police in two unrelated incidents, one of which was a robbery that was foiled by officers in Aranguez.

Today the police, morgue attendants and pathologists can expect pace at the Forensic Science Centre where the relatives of loved ones killed over the weekend, will gather at the St James centre, to await official autopsy results. There was no rest for the police and undertakers this weekend. The murder toll last night stood at 57.

The latest murders, up to press time, were that of an autobody businessman and a woman who were gunned down Sunday afternoon in Princes Town.

Police identified the male victim as Craig Hoi Pong, son of well-known Princes Town businessman Carl Hoi Pong who operates the Nia Valley wedding planning company while the female victim was identified as Neera Ramnath of Chaguanas. Both were shot dead at the Nia Valley Estate in Matilda.

According to reports, at approximately 3.30 pm Hoi-Pong, 39, and Ramnath, as well as other people, were liming at the estate when a man clad in Muslim garb walked up and without warning, pulled out a gun and opened fire. Hoi Pong, Ramnath and another man were shot while other limers scampered to safety.

Hoi Pong and Ramnath died at the scene while the other man was rushed to the Princes Town district health facility. On his Facebook post, Carl Hoi Pong wrote: “Just letting everyone know that I’m unhurt and alive.”

The comments on this post were primarily of condolences and support for the family.

Craig Hoi Pong was said to be the owner of a car detailing company known as HoiPongCustoms. There were unconfirmed reports that the widow of a central Trinidad auto parts businessman, who was shot dead in 2018, was at Nia Valley Estate when the shooting took place. No arrest was made.

Earlier on Sunday morning, a family of six comprising of four adults and two children were thanking God for sparing their lives during a home-invasion and the police, for quickly responding to their call. The officers eventually caught up with the bandits and during a shootout, killed four of them. Two suspects were arrested while one man remains at large.

The family’s ordeal began at 1.25 am when seven men broke into their Aranguez home. The four adults quickly ushered the two children into a room where they all locked themselves in while the intruders rummaged through the house.

“Please do not use our name and put our address in the papers,” the homeowner begged Newsday in an interview hours after the harrowing ordeal.

The man said although he has a security camera system in place, the break-in has made him decide to burglar-proof the entire house.

“Thank God the camera system worked and we saw the men breaking in. It gave us enough time to get everyone together and run into one of the bedrooms where we locked ourselves in and called the police. This morning we have decided to install burglar proof throughout the house.

“Everyone is really traumatised at what happened. My father-in-law was the one who told us what he saw and what was going to happen. My wife called the police. Making the call was the hardest part, but the response from the police was excellent. The officers were swift in their response. We are all very thankful to be alive,” the man said.

The man said the men were seen jumping over the front wall of the compound before entering the house from the kitchen area. He said the family was told later by police that there were a series of break-ins in the area over the past weeks and that the officers believe the gang was behind the crimes.

“The bandit who escaped from the police jumped the wall in the back of the house and entered a neighbour’s yard before jumping another wall to get away.

Police said that after a report was made, officers of the North-Eastern Division Task Force who were on patrol in the area, immediately responded and saw five men trying to get into a white Nissan Almera car parked not too far from the victims’ home.

The bandits shot at the officers who returned fire, wounding four of them. One suspect was arrested while two others managed to escape. The four wounded men were taken to the Eric Williams Medical Sciences Complex in Mt Hope, where they died while being treated. A quantity of the stolen items was recovered at the scene by officers.

Two of the dead men have been identified as Miguel Cox and Keshorn Cox both of Chinapoo Village, Morvant. The other two are yet to be identified. The two detained suspects, aged 27 and 23, are both from Morvant. Investigations are ongoing.

Police were also called to two other murder scenes on Sunday, one in Arouca and the other in Sangre Grande. In the Arouca incident, residents of Windy Hill reported hearing multiple gunshots and later made reports to the police. Officers found the bodies of a man and woman inside a car. Both had been shot multiple times. Officers confirmed that they had identities for the two but refused to divulge the names.

In the Sangre Grande incident, residents called in the police after they saw the body of a woman, believed to be in her 60s, lying along Redhead Road in Turure, Sangre Grande on Sunday morning.

Police and the district medical officer who visited the scene noted multiple marks of violence about the woman’s body. She was later removed to the Forensic Science Centre. Police were up to press time, trying to get a positive identification for the woman.

Last night, there was an unconfirmed report that Port of Spain CID and Homicide Investigations Bureau officers being called to Lady Chancellor Hill after a report was made of a man’s body being found down a precipice.

BODY BY THE RIVER

On Saturday, Western Division police were called to the scene where they found the body of a man lying near a river in St James.

Police said that at 11.45 pm, gunshots were heard in Woodbine Terrace. A report was made to police and Western Division Task Force officers later found the body of Jules Bruce, also known as “Sonny”, lying on the ground near a river running parallel to a track off Woodbine Terrace. Police said Bruce lived at Upper Dundonald Hill, Long Circular Road in St James and was 36.

The police said Bruce was dressed in a black long sleeve jersey, black three-quarter pants, black sneakers and was wearing black gloves. Sources said they believe Bruce was shot further up the hill in Woodbine and shot again where his body was found. No motive was established for this murder and no arrest made.

Investigations are ongoing into an incident that took place on Saturday in which an off-duty policeman had cause to draw his personal firearm and shoot dead a man who was brandishing a gun while beating a woman outside a bar. It was reported in the Sunday Newsday that at 3.45 am, PC David Burgess who is currently on vacation leave, responded to a commotion involving Renrick Phillip and a woman at Frank Avenue, Longdenville.

Phillip, 36, a construction worker of Mamoral #2, Caparo was seen beating the woman. He took out a gun from the waist of his pants and struck the woman. The woman and gun fell to the ground and as PC Burgess approached, Phillip is said to have picked up the weapon and was brandishing it at the officer who drew his personal firearm and fired three times. Phillip died at the scene.