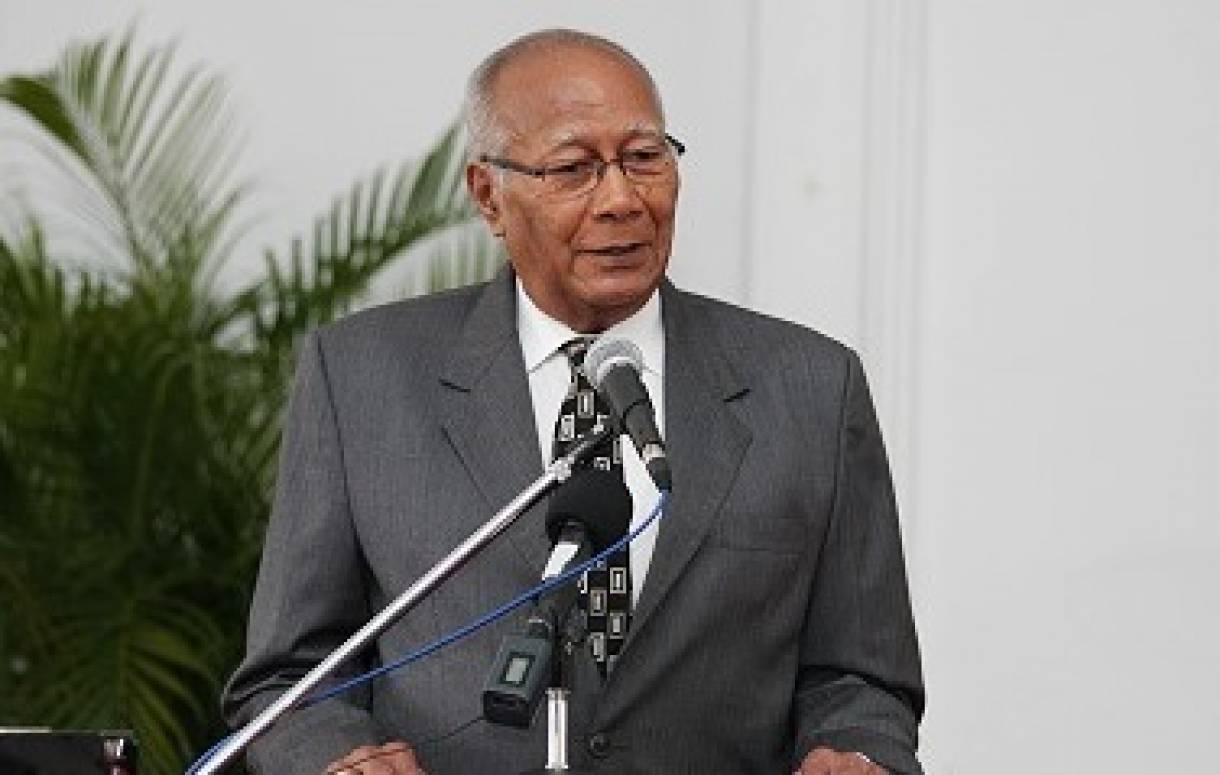 Trinidad and Tobago Wednesday bade farewell to Professor George Maxwell Richards, the country’s fourth Head of State, who died of a heart attack on January 8.

The two and a half hour funeral service for Richards, commonly known as “Max’, was held at the National Academy for Performing Arts (NAPA) in the hearty of the capital. A full military procession escorted the body of the 86-year-old academic and statesman into the auditorium where dignitaries and members of the public gathered to pay their final respects punctuated by performances by the Lydian Singers and the National Steel Orchestra.

The Ministry of National Security said that Richards would be accorded a 21-gun salute in recognition of his service to the nation as President and Commander in Chief. The Trinidad and Tobago Defence Force will execute the gun salute later on Wednesday at the Belgroves Funeral Home, where Richards will be cremated following a private service.

A chemical engineer by training, Richards was principal of the St. Augustine campus of the University of the West Indies (UWI) and served as President from 2003-13.

UWI principal Professor Brian Copeland described Richards as an excellent educator and leader as well as being a mentor to many others.

“Professor Max Richards has served the UWI and the Caribbean well as pro vice chancellor and principal and he served our country well as president.

‘We have lost a faithful, fair and UWI leader,” he said, quoting UWI Vice Chancellor Sir Hillary Beckles, who noted that “Professor Richards was a UWI man to the bone and never backed away from living within his regional community, his deep rooted Caribbeanness.

“Because of him and others like him UWI became a great community and university,” he said.

In paying tribute to their father, Mark and Maxine Richards remembered him as a strict academic who had insisted that they dedicated most of their time to learning.

Mark said his father had also become “more of a friend than a parent, an advisor and we basically travelled with him a bit and he broaden our horizons…

“We will always be very grateful to his influence and for his long and productive life.”

Prime Minister Dr. Keith Rowley said Richards, a carnival lover, was also a true statesman and as head of state, led without fear.

“In paying the tribute to him we must acknowledge that it was not always easy going, it was sometimes very difficult and being the man that he was and the mettle that he carried he made difficult situations and difficult things easy,” Rowley said, adding “he refused to accept failure and always refused to accept that this country could not make it”.

Professor Richards is survived by his wife, Dr Jean Ramjohn-Richards, and his two children.