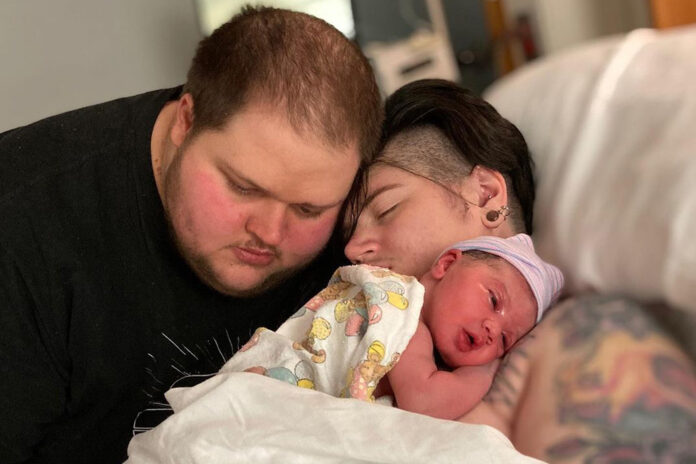 A transgender man is sharing his unplanned pregnancy journey after getting knocked up from a “Grindr one-night stand.”

Ash Patrick Schade, 28, was two years into his transition when he became pregnant in February 2020 following a date with a man on Grindr, despite the fact the health-care worker and Ph.D. student was taking male hormone blockers at the time.

Now, 1-year-old Ronan is being raised by Schade and his husband, Jordan. “It was a huge shock, but I fell in love with my bump,” said Schade, who called giving birth “one of the most masculine things” he’s ever done.

“It had never occurred to me that I could get pregnant whilst on testosterone and estrogen blockers, as it’s such a rare occurrence,” Schade, from Huntington, West Virginia, told Mercury Press.

A month into pregnancy, Schade met his current husband, Jordan, 28. Eight months later, Ronan was born in October 2020. Now the pair are raising the child together, with the support of friends, the trans community and the Satanic Temple church, of which he’s a member.

But there’s more in store for this unconventional family. The father of one, who underwent surgery to have his breasts removed following Ronan’s birth, has said that he now wants more children and is holding off on a full gender-reassignment procedure to do so. 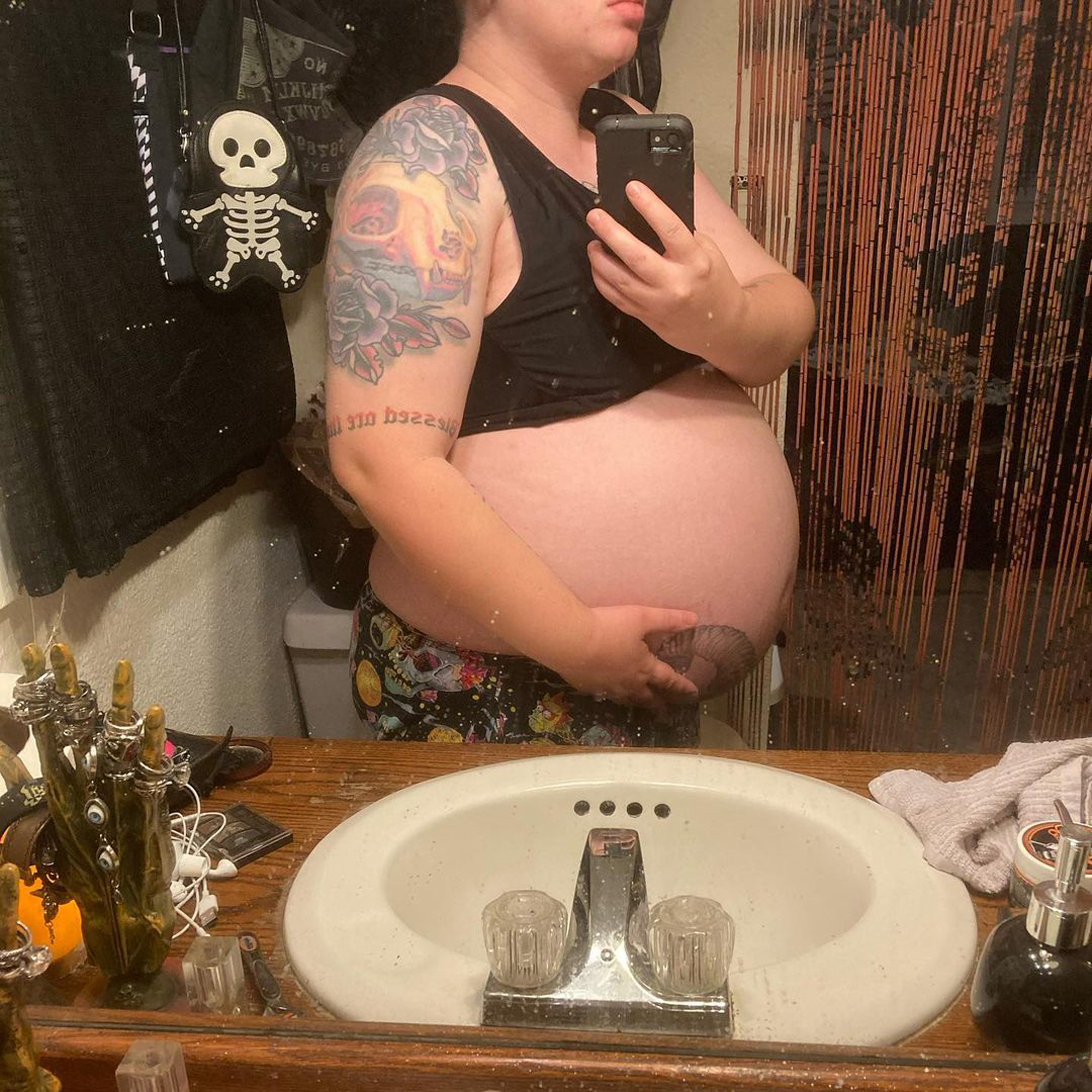 Before transitioning, Schade had always felt he was “in the wrong body,” he said, while his parents sent him to conversion therapy — now illegal in the US — to “fix” the confused adolescent.

“I hid my boobs and identified as a boy at school and went by Ash, and wore gothic dark clothes as a way to hide how I looked,” he recalled. “Until one day, my mother, who does not wish to be named, sent me to school in a pink two-piece for picture day, and my teacher loudly declared that I was actually a girl.”

Schade said he went from “popular to a nobody overnight,” and received attacks from classmates and their parents. “I had a really horrible childhood and am a suicide attempt survivor from the gender dysphoria and trauma I went through.”

In 2018, Schade began his transition — and two years later, admitted he wasn’t sure he was mentally prepared to carry a baby.

Schade was previously married to another man before pairing up with Jordan and said he used Grindr “hookups” to get over the breakup. He explained, “I was going through a rough time from 2019 and 2020 and struggled with my mental health due to going through a divorce.” 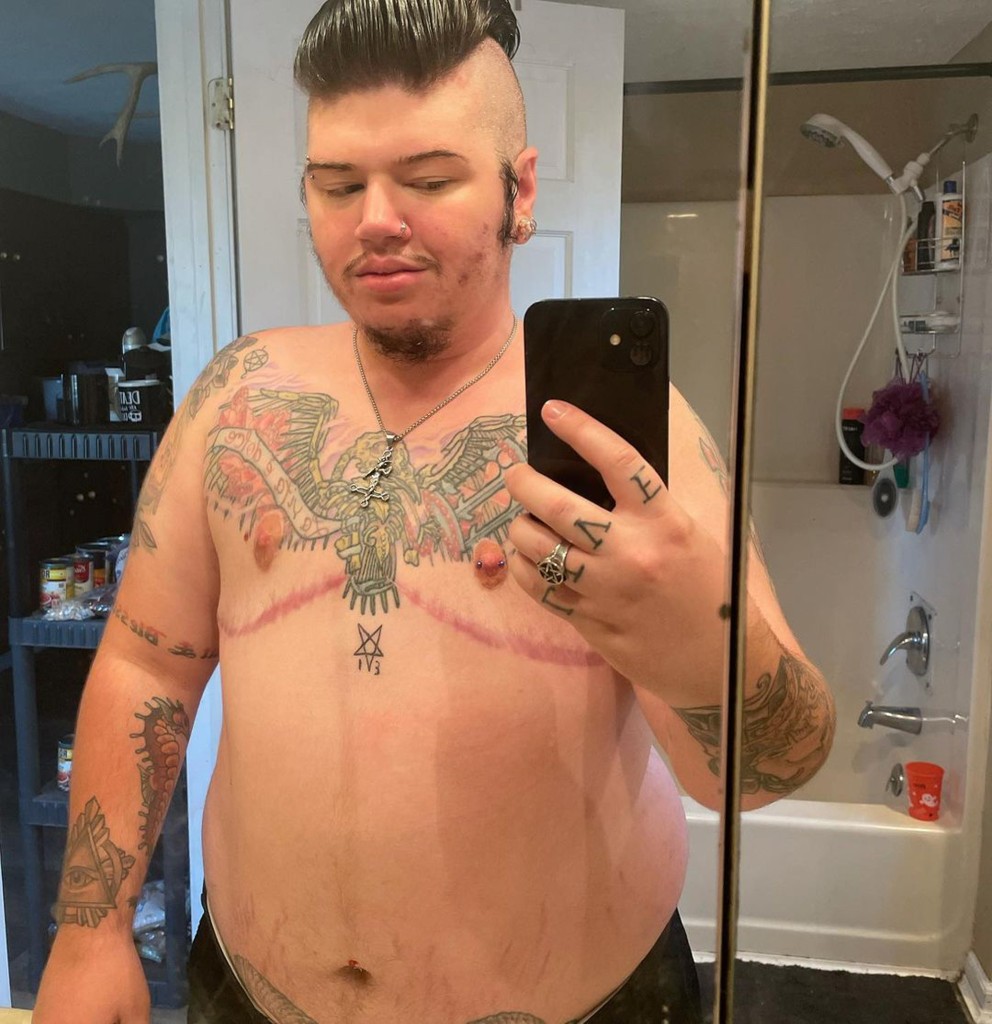 When he decided to go through with it, he was met with yet another obstacle: getting the right health care. “Nobody wanted to take my case,” said Schade. “I was such a high-risk case, with a lot of potential for the pregnancy to go awry.”

Schade eventually found his obstetrician, and labor went off without a hitch.

He said, “It may sound counterintuitive, but giving birth felt like one of the most masculine things I have done.”

“To me … being a man was never about having the biggest penis — it was about what you did to help others, what you could accomplish and achieve.”

He added, “‘Bringing life into the world as a ‘seahorse parent’ was incredible.”