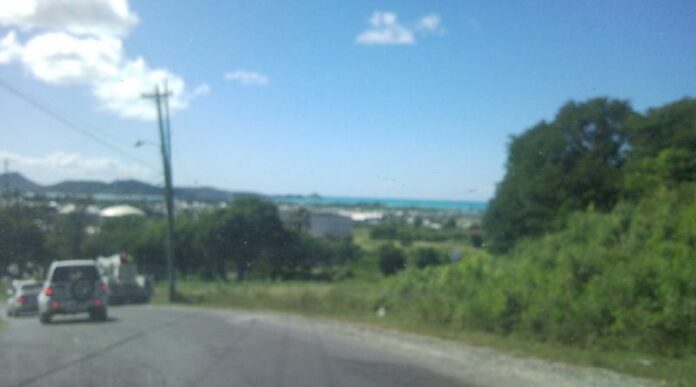 Following two fatal accidents on a section of the Friars Hill Road, Assistant Superintendent of Police Rodney Ellis says discussions will have to be held with the Ministry of Works to determine whether there is a structural issue.

Amaya Yearwood, 22, lost her life in Saturday night’s crash, which occurred near the Sir Wright George Police Academy in Langfords.

Some motorists have speculated that the accident could have been caused by gravel on the side of the road – which the Police claim they did not see.  Others are of the opinion that something is not right with that portion of the thoroughfare.

But Ellis, who heads the Traffic Department, says investigations into the accident are continuing.

The family and friends of 22-year-old Amaya Yearwood are mourning and still shocked by her tragic passing on Saturday night, October 3.

Yearwood was fatally injured in a car crash in the Langfords neighbourhood, in the vicinity of the Sir Wright George Police Academy.  The accident reportedly occurred at about 7:30 p.m., and the Police say she was pronounced dead at the Sir Lester Bird Medical Centre at around 8:40 p.m.

She is the country’s seventh road fatality for 2021.

The young woman was driving a Toyota Mark X car, A60504, from south to north on the Friars Hill Road, when she reportedly lost control of the vehicle and ran off the road.

Police say the vehicle appeared to have veered off the eastern side of the road and flipped, eventually ending up on the embankment and facing east.

One woman attributed the crash to loose gravel at the side of the road, about which many other motorists have reportedly complained.

Residents tell REAL News there have been several other crashes – plus another fatality – at virtually the same location.  A seasoned driver describes the engineering of the road at that spot as “faulty,” and says everybody cannot be dismissed as “bad drivers.”

A video making the rounds on social media shows the front portion of the car, including the windscreen, badly damaged. The vehicle landed in a bushy area, and persons on the scene were heard searching for items belonging to the deceased woman.

Yearwood is the granddaughter of former Minister of Culture Guy Yearwood and the daughter of Lisa-Ann Yearwood, and reportedly was as an active member of the ToastMasters Club.

One resident says the news hit her very hard, as the young woman was one of the sweetest persons she has ever met and always had a smile on her face.

Also mourning Yearwood’s loss are her former colleagues at Caribbean Union Bank Ltd., as well as the management and Board of Directors.

In a public statement, the bank says that Yearwood’s “delightful personality and infectious smile will always be remembered by the CUB family.”

“We lost our beloved colleague to an unfortunate tragedy and we understand too well that situations like these are never easy to accept or overcome,” General Manager Karen Richardson says.

Meanwhile, CUB will open all branches today, October 4, at 9:30 a.m.  This is to commemorate Yearwood’s memory with a moment of silence and to provide staff with emotional support.

Two more fire tenders arrive in Antigua and Barbuda from the...