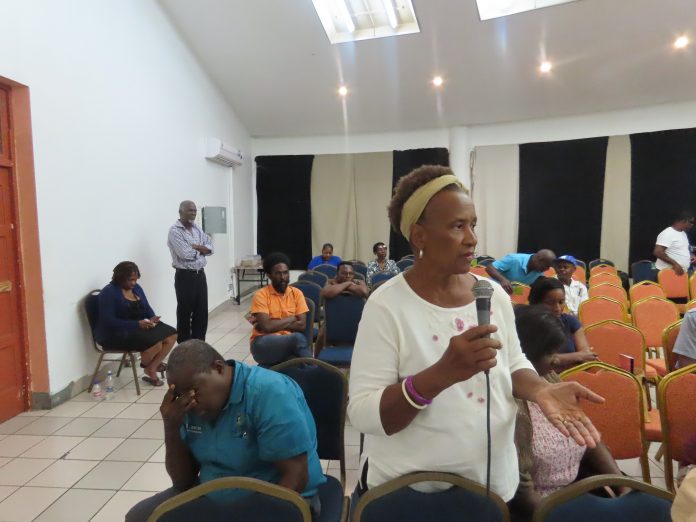 The series of Giant African Snail (GAS) Town Hall Meetings concluded at the Multi-purpose Cultural Center on Thursday night.
Expectations were high for a great turnout, but it was a bit disappointing.

However, Chief Plant Protection Officer, Dr. Janil Gore- Francis said that despite the low attendance in some cases, she was pleased with the general interest that was shown by those who came out to the eight (8) town hall meetings.

“I think it was still worthwhile; we would’ve had persons who are already doing what we are trying to get done so they want to build on what exists,” stated Dr. Gore- Francis.
In her opinion, persons who are not directly affected are not as interested in being educated on the effects of the Giant African Snail, but noted that the information will be readily available so they will know how to manage the snails if the pests reach their communities.

Dr. Gore-Francis explained that now that the series of meetings has been completed, the snail eradication task force will convene and evaluate the issues that residents have presented during the town hall meetings.

They will also assess the information that was collected from the impact assessment survey that should be completed in the month of December.

A final report will be compiled and presented with the hope of getting more assistance in keeping the snail eradication exercise going at a greater level.

In the meantime, Dr. Gore-Francis is encouraging communities to organize groups that can work together to help eradicate the snail from the environment and added that provisions will be made to assist these groups with the material needed such as salt, gloves and plastic bags.
The organization which funded this rapid response project on the GAS is the Inter-American Institute for Cooperation in Agriculture (IICA).

IICA’s National Specialist, Mr. Craig Thomas said that the goal of the meetings was established and continuous efforts are important to get the desired results.
“I think that this project highlighted the importance of what the Ministry of Agriculture has been trying to do over the years in terms of educating the public and I think with this project, we are able to get the guidelines, get the communities together and basically giving persons the information,” stated Mr. Thomas.
He also mentioned that overall, the task force would have reached directly two hundred and fifty (250) persons throughout the eight (8) town hall meetings. He is encouraging these persons to share the information in their communities.

“2020 will be a make or break year in terms of how the Ministry of Agriculture and the government on a whole will approach this issue with the snail going forward,” stated Mr. Thomas. 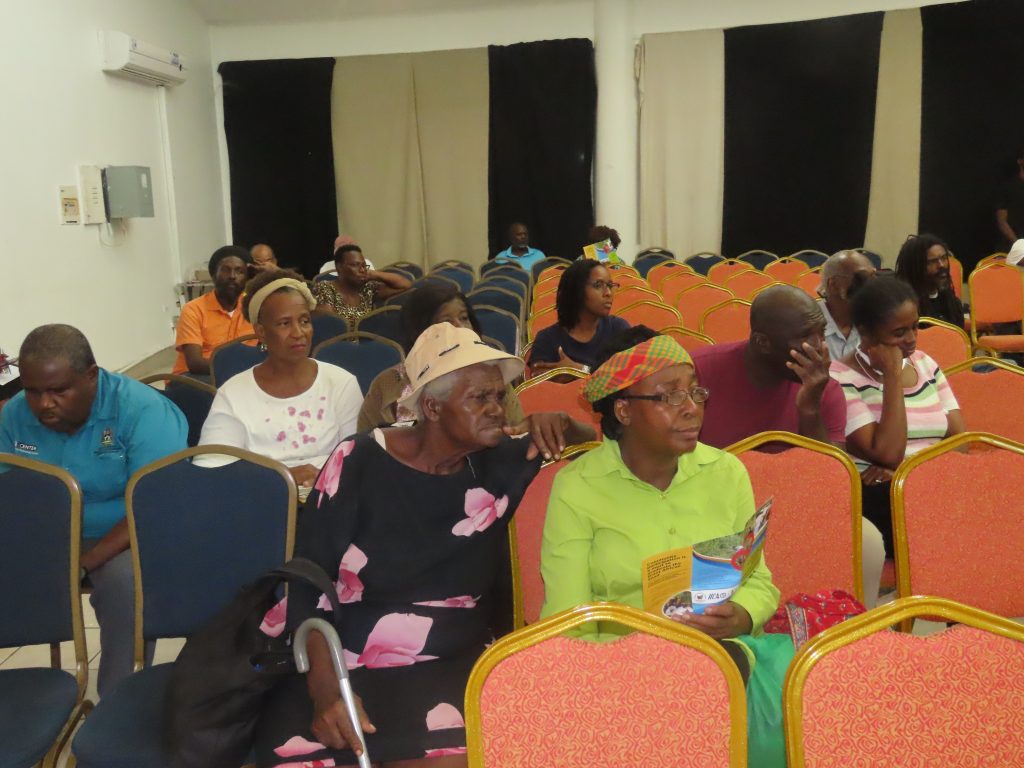 An audience member, Patsy Phillip of Desouza Road explained that recently, she has observed an increase in the Giant African Snails in her area and urged communities to work together and assist in the eradication of the snail so that the community can benefit.
“We can have a community effort whereby all of us could put our hands together and see what we can do in an effort to eradicate the snail population,” stated Ms. Phillip.
The snail has affected her directly in her garden.

“They’re very destructive because I have planted lots of spinach and that seems to be their favorite meal, they’ve eaten all of my spinach,” stated Ms. Phillip.
An Ottos community resident expressed her disappointment with the turnout at last night’s town hall meeting and highlighted the importance of persons being aware of what is going on in the environment.

“People need to be aware of their environment and what is going on,” stated Ms. Phillip.
Another  resident stated that he is not heavily affected at the moment ,but thinks that it is prudent to get as much information as possible to deal with the snails effectively, in the event it reaches his area.,” stated Mr. Edwards.