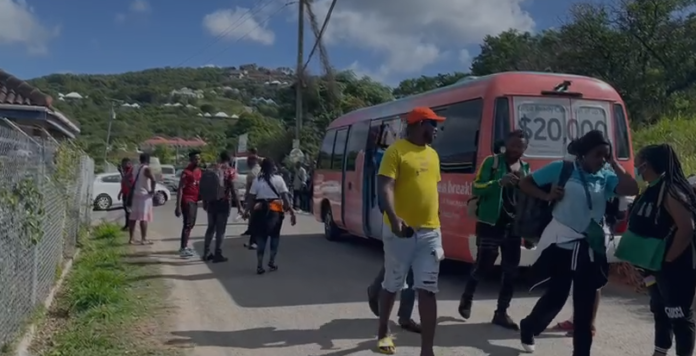 More than 100 passengers who landed on Christmas Eve on a flight from Africa were dismayed after being brought to the recently reopened Jolly Beach Resort, which they say is too expensive for them at US$80 a night.

Several of those on the scene claimed to have come in on Hi Fly/Hi Fly Malta flights.

They were seen getting back on buses in the hope of finding cheaper accommodation.

Some at the scene from Cameroon told Observer they planned to spend a month in Antigua. It is their first trip to the island and they said they were very excited to arrive.

They told Observer they had arrived here via a charter flight. Officials associated with Antigua Airways say it is not their airline.

Tourism officials have been approached for comment. Observer was told it was likely that the airline would have made all arrangements for the flight with accommodation usually left to the passengers.