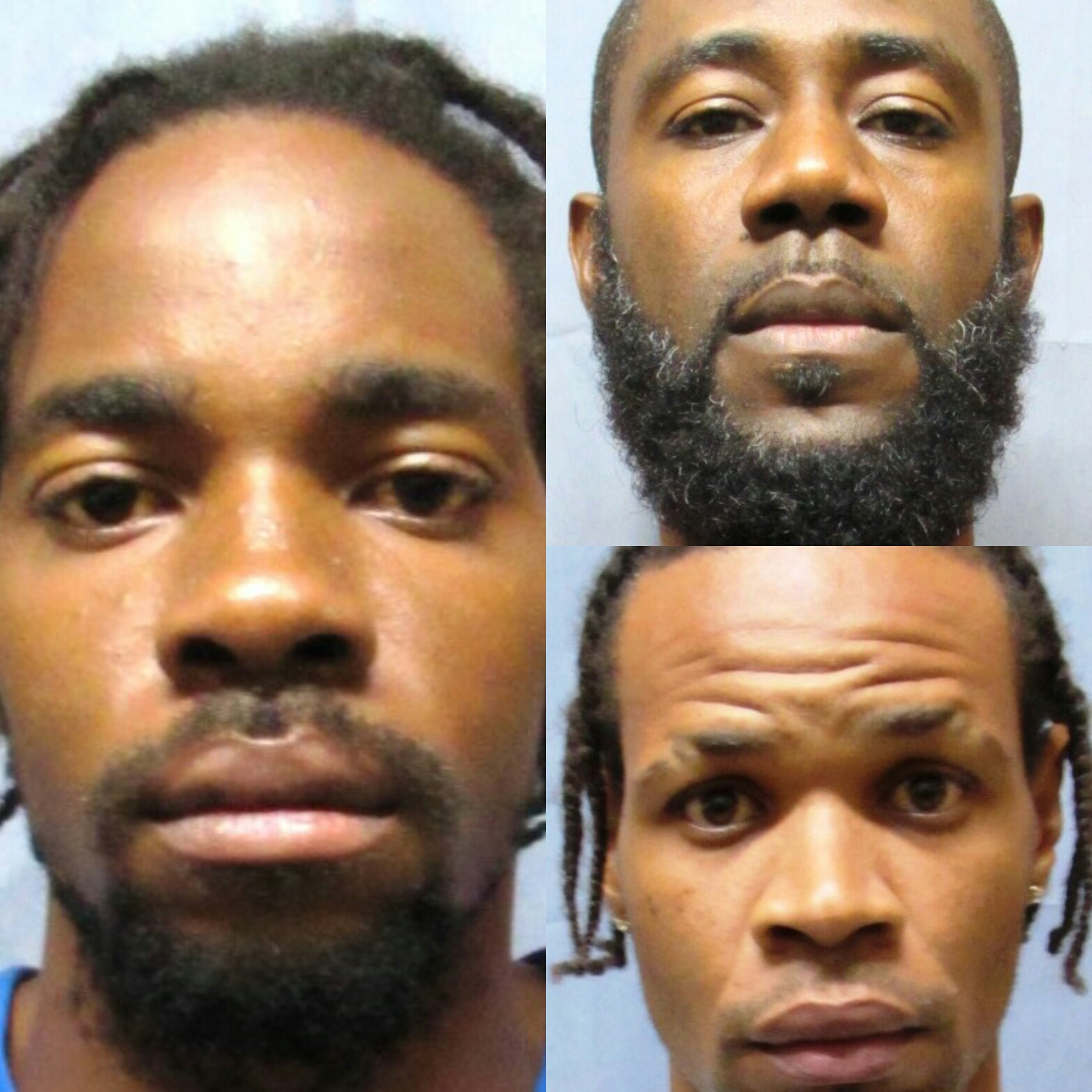 The three men, who were detained by police for questioning in connection with possession of illegal drugs and camouflage clothing, are now charged.

On Thursday, police jointly charged 30yr-old Casmore Cornwall of Kentish Road and 41yr-old Chang Lee Lewis of Cassada Gardens with Possession of 14.2 grams of Cannabis, Possession with Intent to Transfer, Being Concerned in the Supplying of Controlled Drugs and Selling Intoxicating Liquor without a Valid Licence. They were further charged with Possession of seven Cannabis plants.

Meantime, 26yr-old Kariba Charles of Kentish Road was charged with illegally having Military (Camouflage) Uniforms in his possession. These offences occurred on Tuesday at Kentish Road and Ottos, respectively. They are expected to appear before the Court Friday.