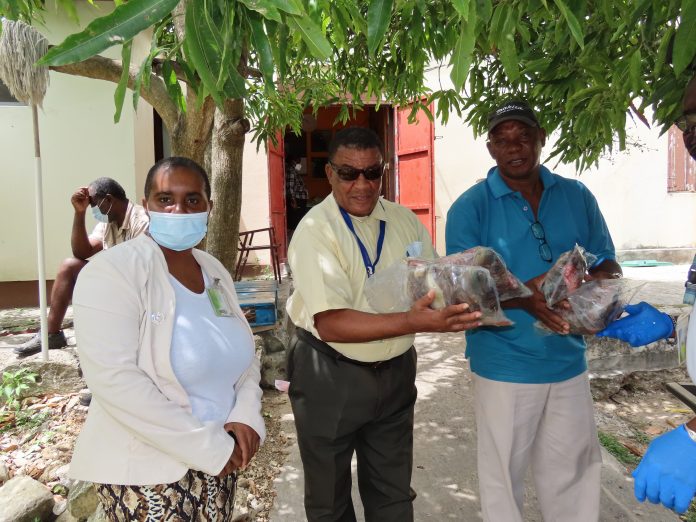 Timely donations were made today (Monday) to three (3) local institutions
on behalf of the Antigua Fisheries Division, in the form of fish which was
confiscated from fishermen who were illegally fishing parrotfish during its closed
season.

Processing Manager at the Fisheries Division, Wesley Simon explained that
usually, when they confiscate illegally obtained marine life from persons, instead
of it going to waste, the division would donate it to local organizations which are
always grateful for the gesture.

The first stop was made at the Fiennes Institute which received twenty-
eight pounds (28 lbs) of fish, which was handed over to head of the Fiennes
Institute, Mr. Walton Edwards and kitchen personnel, Dawn Williams.

The Care Project received seventeen pounds (17 lbs), which was handed
over to Acting Matron, Ashline Francis-Samuel and the Clarevue Psychiatric
Hospital got nineteen and half pounds (19.5 lbs) which Superintendent Candine
Roberts accepted with much thanks. 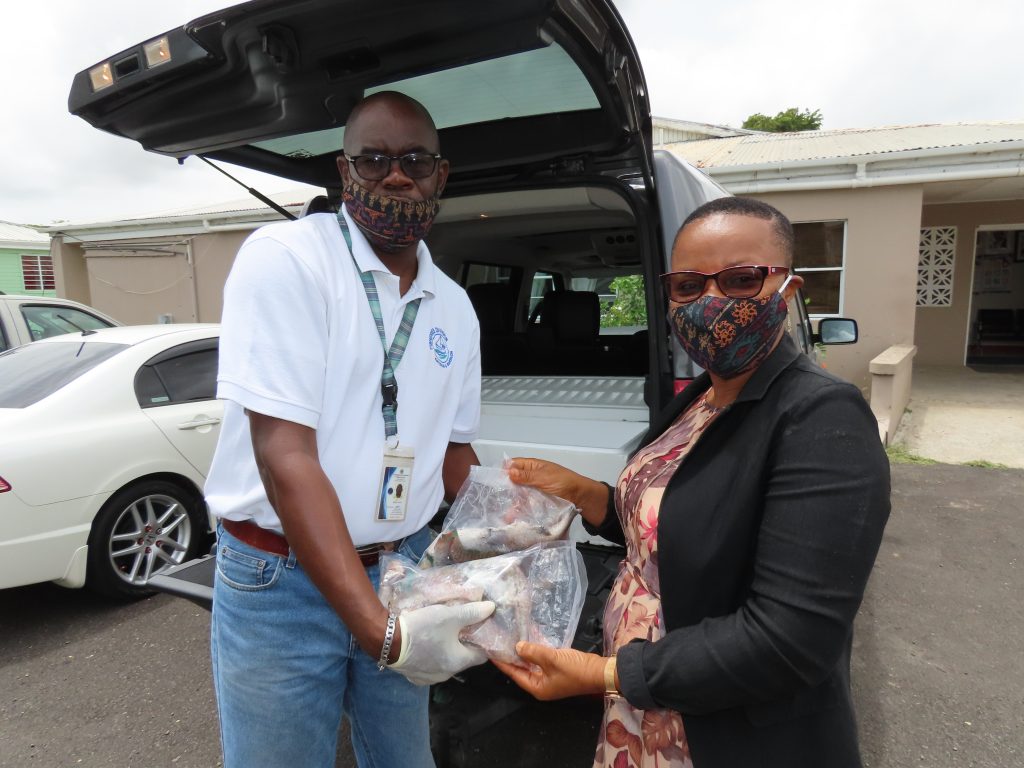 Each institution assured Mr. Simon that the residents would be delighted to
partake of the fish as part of their meal and expressed how grateful they were for
the donations.

Over a week ago, National Coastguard Officers ceased approximately
ninety-nine pounds (99 lbs) of fish from fishermen who were illegally finishing the
parrotfish species during the closed season, in a protected area and with the use
of an unlicensed fishing gun.

In cases where marine life is confiscated due to illegal activity, a certain
protocol is followed whereby the coastguard verifies the weight and the
temperature of the fish is taken as well in their presence to determine whether or
not the fish was stored properly.

The fish is then processed by being gutted and cleaned, vacuum-sealed and
then the Fisheries Division would distribute it to local organizations.

Due to improper storage of some of the fish, approximately thirty-six
pounds (36lbs) had to be discarded.

The parrotfish closed season runs from May 1st to July 31st.

It is a protected species because they clean the coral reefs by eating algae
and dead coral.

Overfishing can cause an increase and overgrowth of algae, which results in
far less bountiful reefs and a far less productive and resilient ecosystem.

Not only does overfishing of the parrotfish has an effect on the ecosystem
but it also affects the tourism industry as when many tourists come to the
Caribbean, they enjoy seeing the coral reefs.

Mr. Simon is urging the public to acknowledge the closed season for certain
marine life and comply with them.

“Persons need to understand that you have to protect the environment and
the parrot fish plays a very big role in our ecosystem,” stated Mr. Simon. 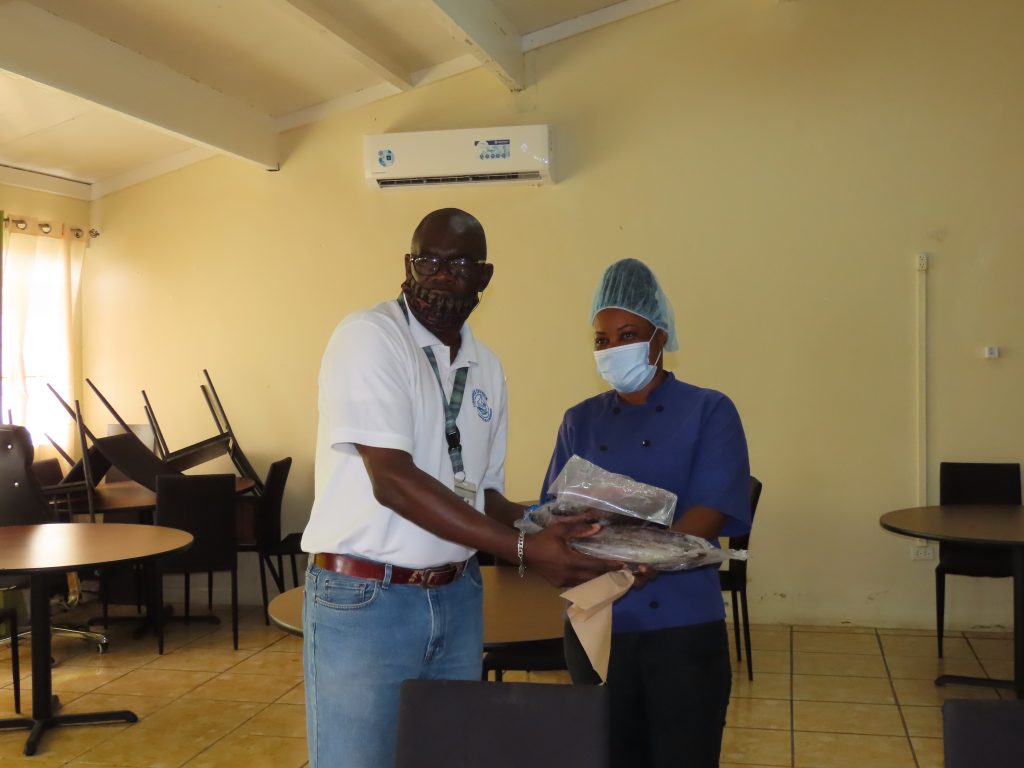