Tyrell Jacobs, 31, of Swetes is dead after the Honda Civic he was driving crashed into a utility pole on All Saints Road early this morning.

A passenger was thrown from the vehicle and is hospitalised in an unconscious state.

A third man who was in the vehicle has been identified as 21-year-old Javonzo Joseph of All Saints. He is being treated at Mount St John’s Medical Centre.

According to the police, the trio was travelling along All Saints Road around 12:50 am when the driver lost control and slammed into the pole. While the pole remained erect, it ripped off the roof of the car and some electrical wires came loose.

Superintendent Cabral said when Emergency Medical Services (EMS) personnel responded and went to try to attend to the driver and Joseph who were both trapped in the vehicle, they sustained minor electrical shocks. 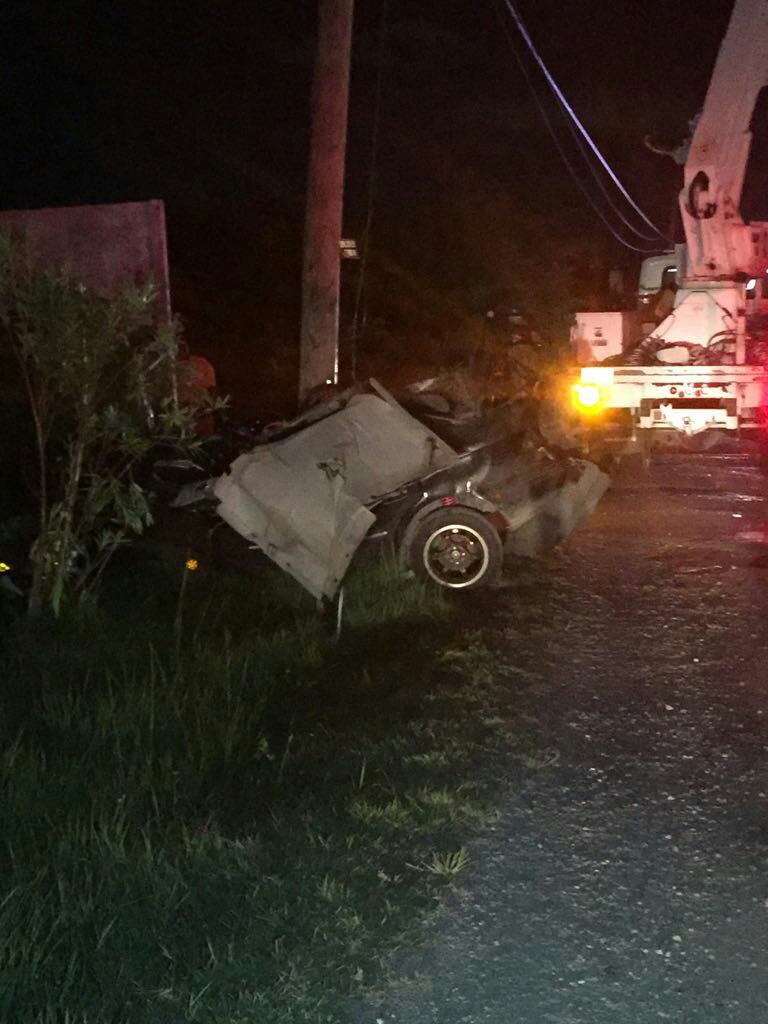