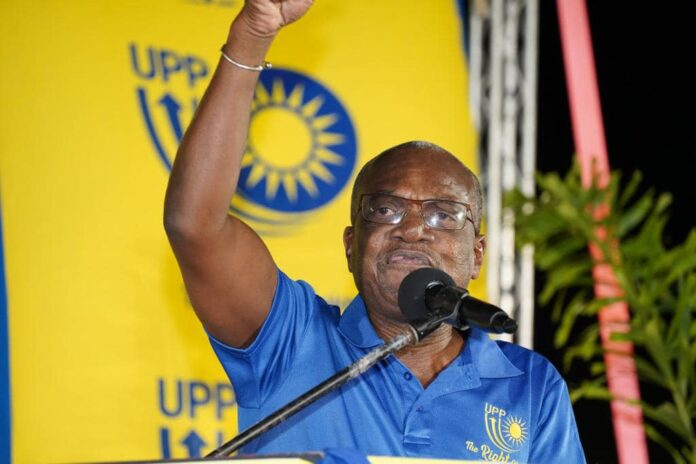 REAL NEWS: Alister Thomas is warning that something sinister might be afoot leading up to the next General Elections, and Antigua and Barbuda could be caught up in another international scandal.

Thomas, the United Progressive Party (UPP) Candidate for St. John’s City West, says the matter has to do with a proposed Africa-to-Antigua airline.

During a 2013 conference in Berlin, Thomas says, the commissioners established a bonded-type of membership and a protocol by which they committed to look out for each other – even after their tenure had ended.

He says he helped found the Caribbean Information Commissioners network, which is still operating, and it is by way of this connection that he received a shocking revelation.

His sources are now saying that our shores could be used as a money-laundering transshipment point.

The UPP Candidate says he has been advised to have the Party launch an investigation to ensure that no flights coming here from Africa is moving money for the General Elections.

Speculation is rife that money is urgently needed to fund the Labour Party’s election campaign. Accordingly, the opposition party is being urged to alert the international agencies that can assist in detecting the movement of money.

The UPP is also reminded of the fallout the country could face by being blacklisted, as was the case when Antigua and Barbuda shipped guns to apartheid South Africa decades ago.