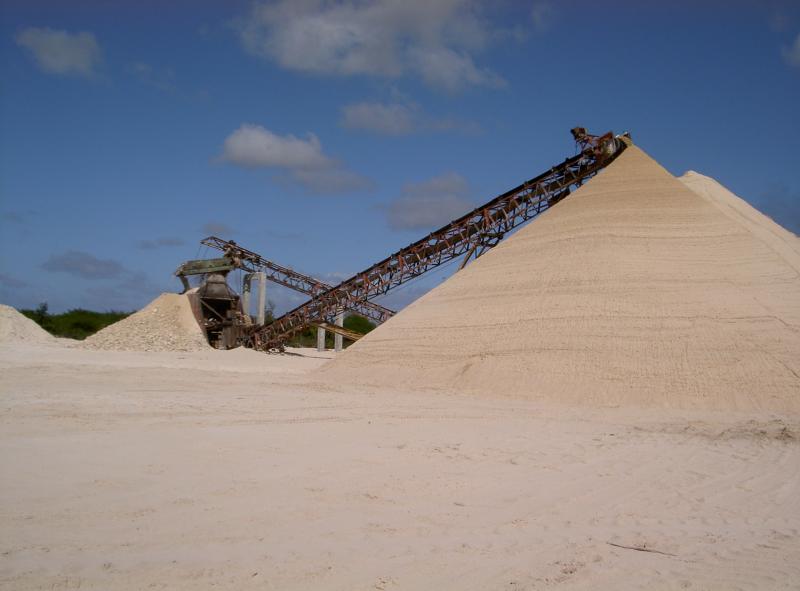 Chief Environment Officer Dian Black Layne is blaming a spike in illegal sand mining on the governments’ plans to suspend the practice mining from Barbuda by December 2017.

The Department of the Environment (DoE) has said it noted a “marked increase” in reports of persons taking sand from several beaches in Antigua.

Black-Layne siaid in a statement today that “the removal of sand from beaches in Antigua is illegal and punishable by imprisonment of a term up to 1 year, a fine of $1000, as well as seizure of the vehicle by the state.”

She called on construction workers verify that sand purchased in Antigua has been obtained from a legal source.

These legal sources include sand from Guyana and Montserrat, which are presently available on the local market, as confirmed by the DoE.

“It is therefore imperative that all purchases are made through legal sources to refrain from breaking the laws of the State and to protect our coastline,” she said.

According to the DoE head, the constant removal of sand from beaches increases the risk of coastal erosion, making the beaches narrower while ruining the aesthetics of the coast.

She warned that maintaining sand on our beaches is most critical now in Antigua and Barbuda in light of climate change, particularly as we consider the impacts of associated sea level rise, and the increased need for buffers from storm energy from more frequent and stronger tropical storms.

“Removing sand from our beaches, therefore, increases our national vulnerability and impacts the lives and livelihoods of all persons.”

The DoE says all reports will be investigated.