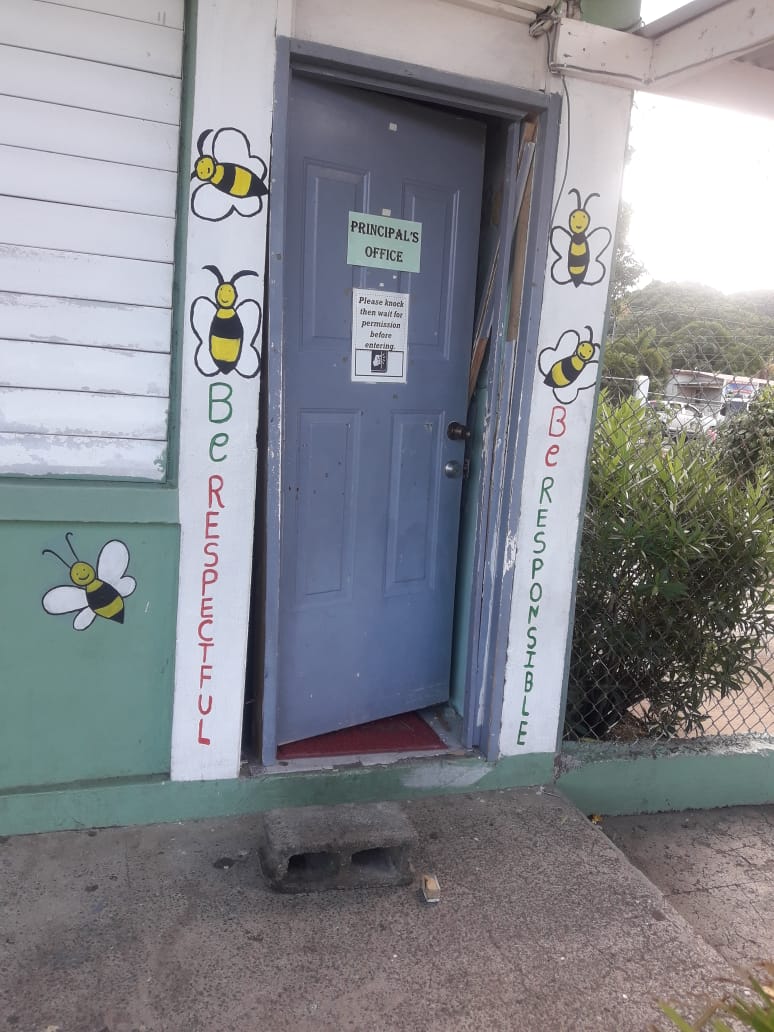 For the second time in as many days thieves have struck at a local primary school.

They broke into the Principal’s office at S.R.Olivia David Primary School in Bolans by using a crow bar or some other tool to open the door.

The observation was made yesterday at around 9:30 a.m. The groundsman who was passing near to the sports complex saw the door opened and thought that the Principal was there.

After he entered the compound via the main entrance he realized that she was not there but the office door was pushed it.

He alerted the Janitor cleaner who then called the Principal and the police.

According to reports, the desperate thieves ransacked the office, destroyed the locked filing cabinet so as to gain access to petty cash from the PTA, student council, library, general funds and a donation can for the Dyslexia Association.

It was clear that all they wanted was money because they did not steal the television, computer or anything else from the office, an official said.

The police is investigating the matter and officials are praying that the perpetrators be brought to justice soonest.