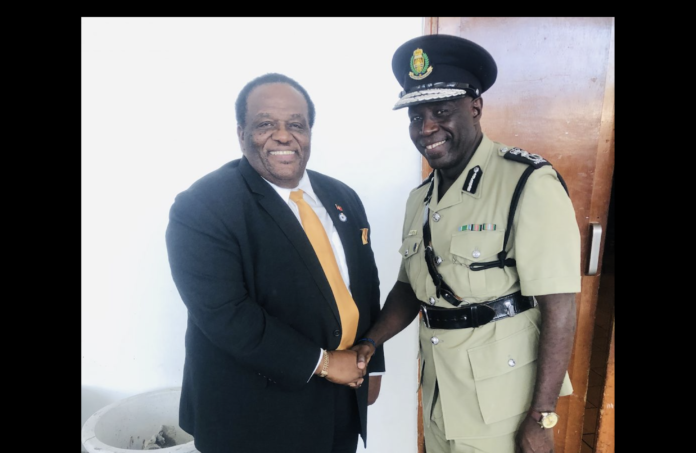 We as Police Officers and the Fire Department are very disappointed and upset with the Attorney General, the Commissioner of Police and the government. The Police and Firemen have been suffering for much too long now.

The authorities want the work done but nothing to do the work. No refund for Medical bills, no uniform, no proper housing etc. etc The morale is low and it ashamed it has to be that way.

First off starts with uniforms. Currently only some officers are able to receive uniforms, while others in need have to continue wearing their less than perfect police gear. How can this be right when other government agencies have been receiving new uniforms and the Police and Fire Department which is considered essential service cannot get the required uniforms needed to perform our duties to perfection.

Usually, Police officers and the Fire Department are allotted two uniforms annually; but, over the past decade, this has become an issue. My question as a Police officer is if we are important to society as government says why we aren’t treated with some level of respect like the other agencies of government.

AS things stand both the Police and especially the Fire Department is on skeleton staff, and holidays for officer at both agencies are planned very diligently due to staff shortages. Some officers have had their vacation and retirement but off due to the shortage in staff. A couple weeks ago in the summer on ABS Television/Radio the Fire Chief Mr. Elvis Weaver was pleading for more Fire Officers and up to this day the government has not acted with any urgency to address our plight but other agencies of the government we are told are hiring like crazy and we are just as important as they are to the country. We as Police and Fire officers are very disappointed in this development.

Lastly, the world right now is in a health crisis. Currently what obtains at the Police and Fire Department is cleaning and hygiene supplies for officers are scarce and non avaliable at times. The officers of both agencies are human being as such should be treated as human beings, and their lives matters like anyone else’s. Police and Fire Officer are currently working in a very unsafe working environment which is also dangerous to the general public, since persons visit the stations to make reports and can be exposed to hazards.

Some member of the public who have come to various stations across the island to make reports have been amazed how officers of both agency work in such atrocious conditions and commend us for the dedication we have shown to serve and protect them. That is how bad officers of both agencies have it and yet still we go to work to protect the citizens of the country. With the above beings said, will it take a bad health scare for the government to provide adequate cleaning and hygiene supplies for officers of both agencies so that they can be in a safe and healthy environment and perform their duties and serve the nation efficiently.

In spite of the above challenges mentioned, officers of both agencies will not be daunted and will continue to protect and serve the nation as required. We as officers hope that above issues mentioned will be address as soon as possible, because there has been talk that if these issues aren’t very soon addressed certain actions will have to be taken in order to get action to address the dire plight of officers of both agencies.

Commendation must be given to Miss Harris, the chairperson of the Police Welfare Association for bringing some of the officers plight’s to the general public and governments attention a few weeks ago on your news portal.