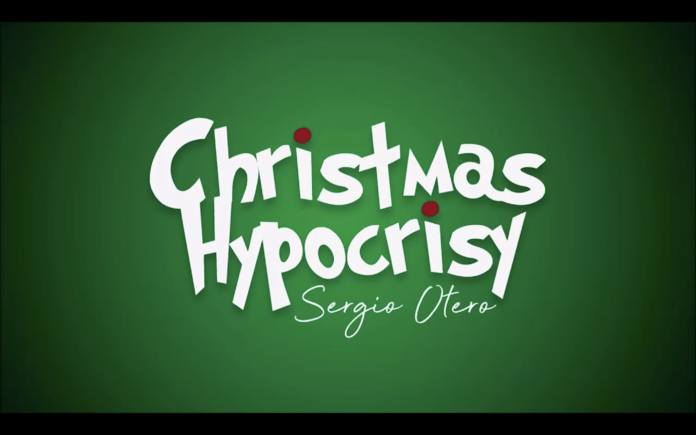 At this time of the year, no difference can be seen between many professed Christians and pleasure-seeking worldlings. They all say, “Christmas is a merry time to eat and drink… time to celebrate the birth of Jesus… a season of cheer and good will…” Many of the revellers know that there is no biblical nor historical evidence supporting the celebration of Jesus’ birth on December 25. They are also aware that the Bible warns against unhealthy eating- swine flesh and alcohol consumption. They know that Christ did not command Christmas keeping. It was a Roman Catholic pope who did. They know too that there is plenty of Bible evidence instructing Commandment-keeping, including obedience to God’s 7th Day Sabbath. However, many choose to obey man rather than God. They love Christmas but hate God’s Law.

The hypocrisy is also glaring in those who hold high office in this country. St Vincent and the Grenadines government recently passed a ‘vaccination’ mandate that has forced hardworking dedicated citizens out of their jobs and has driven many to violate their conscience. The health of many is in jeopardy and this wicked government has refused to take liability. Now, the Prime Minister goes to the people’s parliament with his hypocrisy and proclaims, “we have become too selfish, let’s help someone this Christmas.” St. Vincent Times reported his comments in relation to a cheque he had sent to GECCU to assist grade six students. While the PM informs us of his donation, many are being persecuted by his government for choosing to follow their God-given conscience.

Teachers and other public servants were fired and denied their hard-earned salaries. They are unable to feed their children, pay their mortgage, pay their utility bills and meet other financial obligations. Is that your definition of “peace and goodwill” Mr. PM? Is that how you help teachers, nurses, custom officers, police officers and cleaners? Your government has placed these Vincentians on the breadline for refusing to follow a wicked mandate which originated in unscientific and callous minds. That is the work of Satan sir, not the work of God.

The supporters of the cruel mandate, including some evil servants, also join in the hypocrisy. They wish the world “merry Christmas” while they carry out instructions to take bread out of the mouths of their own fellowmen, under the garb that they are “doing their job”. They refuse to rebuke injustice and to condemn wickedness. As partakers of the evil, they too will receive the retributive judgement of YHWH if they do not repent.

The great evil that abounds in this land is not going unnoticed by the Holy One. He calls upon the evildoers to repent, be converted and glorify Him now and throughout the year. “…put away the evil of your doings…cease to do evil. Learn to do well. Seek judgement, relieve the oppressed, judge the fatherless, plead for the widow.” Isaiah 1:16,17.