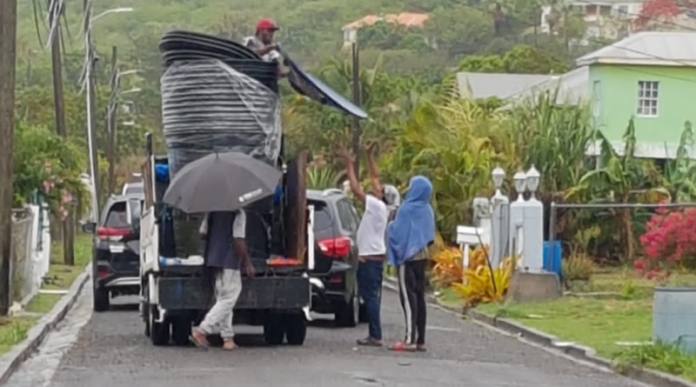 We look at the situation regarding the failed water promises by the prime minister.

The prime minister has failed to deliver adequate water to the people, despite spending millions and promising the world, while missing every deadline that he has imposed for water delivery.

He has now resorted to blaming APUA staff, to distract from his failed leadership.

Gaston Browne has gone so low as to accuse the APUA staff of sabotaging water delivery by shutting off valves.

He is clearly out of his realm in addressing the water issue, and owes the hardworking staff at APUA an apology. We’re therefore forced to add the lack of water to the list of ABLP failures.

The nation is howling in protest, from one corner of the country to the next.

More than eight years into the ABLP-managed administration, the water crisis has become so severe in certain areas that the only source of daily water is through delivery trucks.

The ABLP promised that reverse osmosis plants would increase the water supply and solve the water problem.

The situation has not improved despite various pledges and commitments from the Prime Minister.

The ABLP government continues to give a litany of excuses.

We were told that the problem would be solved by September of this year.

This was the date that was given for the water problem to be resolved.