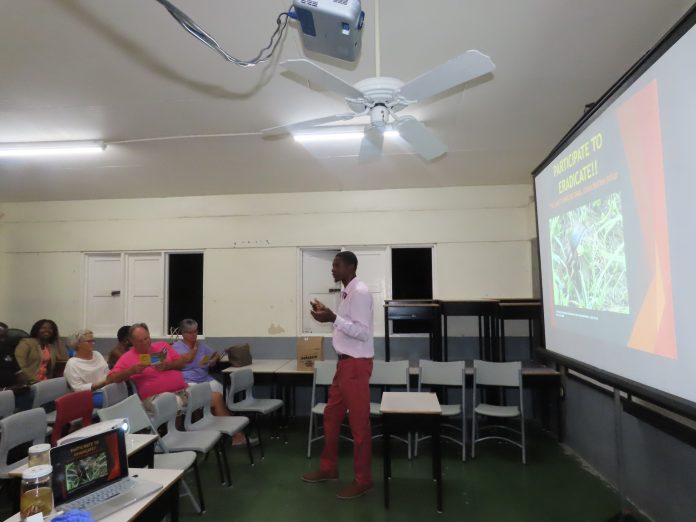 In a recent interview with Chief Plant Protection Officer, Dr. Janil Gore-Francis, she mentioned that following the town hall meetings that were held across the country late last year, the GAS Eradication Task force with major support from the Inter-American Institute for Cooperation on Agriculture (IICA), have been able to provide the necessary supplies to one of the groups in the Mount Pleasant community which was identified at one of the town hall
meetings.

“We have been able to provide some supplies to at least one of the groups who had a community activity going on in their own communities which is what we are aiming to achieve and so we were able to give them some items like: salt, bags and gloves to assist them,” stated Dr. Gore-Francis.

Dr. Gore-Francis said that the task force is very pleased with the efforts of communities which have started groups and those who are in the process of doing so, as they would have accomplished the objective of the meetings, which was to encourage a community-based approach to eradicate the Giant African Snail.

In addition, the task force has been able to present Giant African Snail brochures to students at the Potters Primary School and hopes to distribute them to other schools around the country as well.

Dr. Gore-Francis noted that educating the young people on the Giant African Snail is very important as it affects them as well. 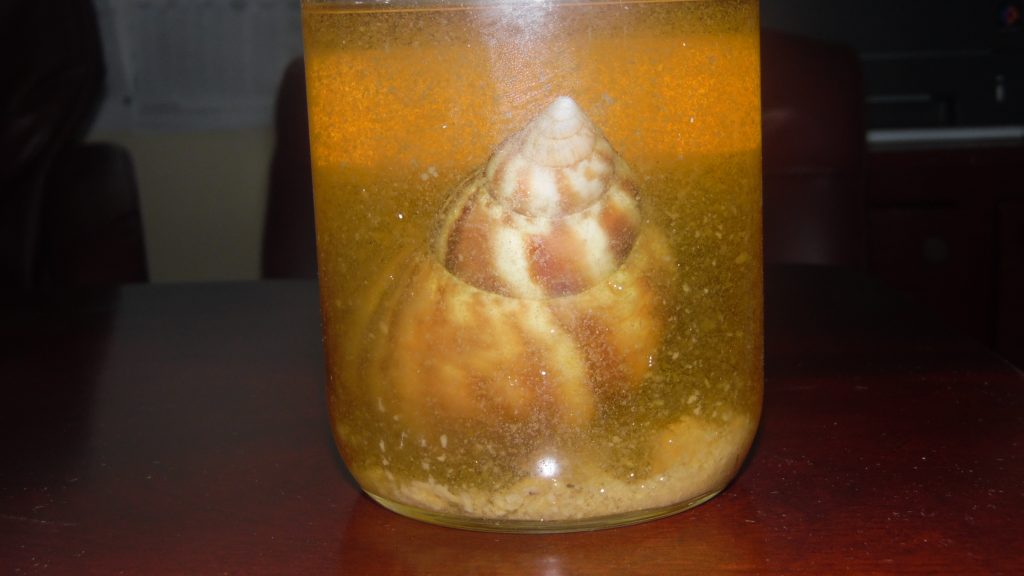 The chief plant protection officer stated that the last outstanding thing which the task force has to complete is to review the results of a survey which is designed to quantify the social and financial impact that the GAS has had on various stakeholder groups.

The Statistics, Research and Information Technology unit within the Ministry of Agriculture has been lauded for its role being played in this regard.

“We are hoping that soon we are able to complete that so that we can actually have a picture of how this thing has affected persons on the ground,” stated Dr. Gore-Francis.

The GAS task force is encouraging persons to continue collection of the snails, as well as to work together as a community to safely collect and discard them.

Throughout the month of November 2019, the Plant Protection Unit/GAS Task force, held a series of town hall meetings sponsored by IICA, to educate persons in various communities on the effects of the Giant African Snail, as well as how to safely dispose of them.

In total, there were eight (8) town hall meetings held, seven (7) in Antigua and one (1) was held in Barbuda. The aim of these meetings was to further bring awareness of and provide
support for, a community-based approach to managing the Giant African Snail in
residential areas.

At the end of the town hall meetings, the task force was very pleased to identify several community groups who had already started the initiative of working together to collect snails responsibly.

The Giant African Snail is known to eat at least 500 different types of plants, including bread fruit, sweet potato and cassava.