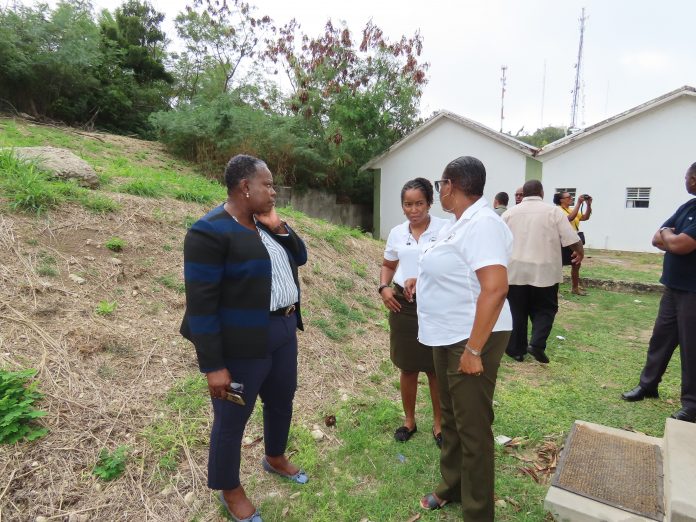 The newly appointed Minister of Agriculture, Fisheries and Barbuda Affairs, Hon. Samantha Marshall paid a visit to three departments within the Ministry of Agriculture this morning.

The purpose of the visits to the Dunbar’s Lab, the former Veterinary and Livestock Division’s office and the Plant Protection Unit ,was to see first-hand how these departments operate and the  infrastructure work that needs to be done in order to provide a more comfortable working environment for staff as well as to improve productivity within the ministry and the agriculture sector in general.

“To see what renovations or retrofitting we can perhaps do in terms of priority so that they can be better functional,” stated Ms. Marshall. She continued, “ We will focus on not just ensuring that we are producing but for those departments that actually bring in a revenue, we need to upgrade those departments so that they can generate more revenue,” stated Minister Marshall. 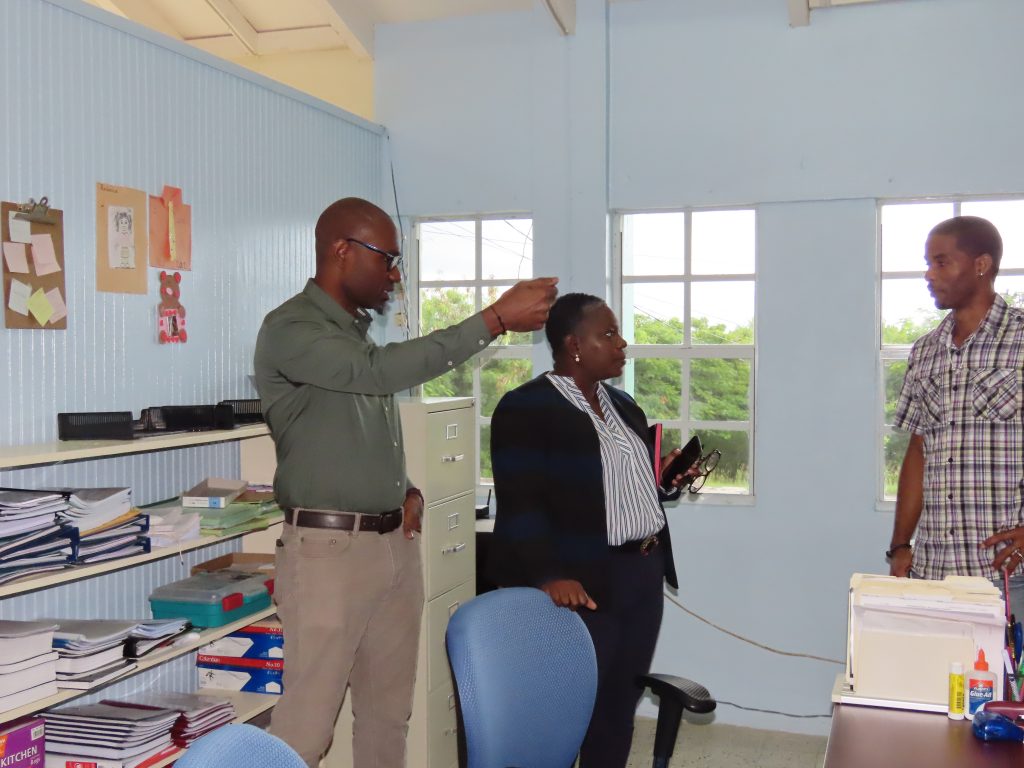 Director of Analytical Services Dr. Linroy Christian noted  the importance of the minister’s visit  as she was able to see first-hand the issues which they are faced with and aid them in finding solutions.
“It is always useful to have the minister visit as you look at issues that we are having and we have to find solutions,” stated Dr. Christian. He pointed out to minister the buildings that are in need of repairs as a matter of importance to the overall development of the department.
A few years ago the services of the Analytical Services Division was expanded to include operations at the Point Wharf Laboratory  facility.  This facility houses the Analytical Chemistry department which provides a number of services such as heavy metal and pesticide residues analyses. The Friars hill road Dunbar’s facility comprised the main Administrative Office and the Microbiology and Molecular Biology departments. 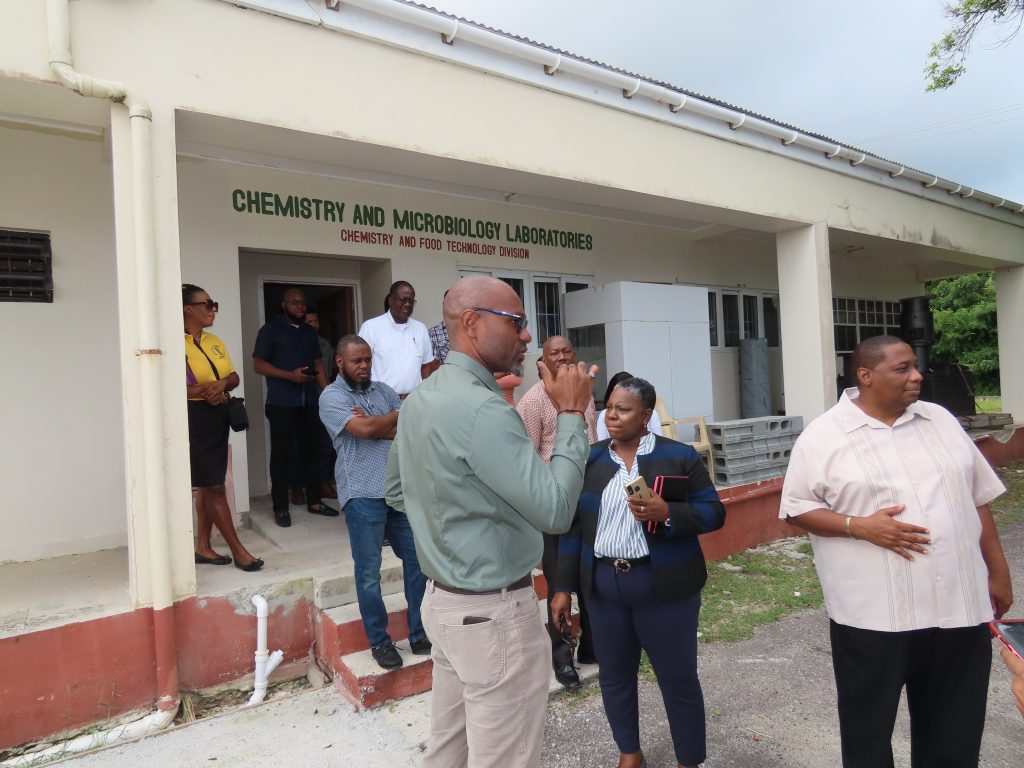 However with fresh attention now being given to planned renovations at the Dunbar’s facility, a broadening of the scope of services is anticipated to include the provision of a mosquito lab, a  tissue culture, as well as a bio lab to  increase the sustainability of the department.  While at Dunbar’s, the Minister also visited the  Pesticides and Toxic Chemicals unit where the Registrar, Mr. Jonah Ormond shared information on how they operate and provisions that can be made to increase capacity.
The next stop  was at the Plant Protection Unit, which is being headed by Chief Plant Protection Officer, Dr. Janil Gore-Francis.

This building as it stands, is badly being affected  by termites and it was disclosed that  bee infestation,  which although resolved , has weakened the infrastructure of the building.

Dr. Gore-Francis remarked, “It’s main problem as you can see here that has caused structural damage is termites, so that’s a major issue we have here, the other major problem is the lack of running water,” stated Dr. Gore-Francis.
The staff at Plant Protection has also been experiencing problems with the AC unit and this has forced them to close the office by 12 pm for an extended period of time.
Dr. Gore-Francis said that she is an agreement with the minister that something has to be done to improve the infrastructure, as this issue has become a burden to the office and its productivity. 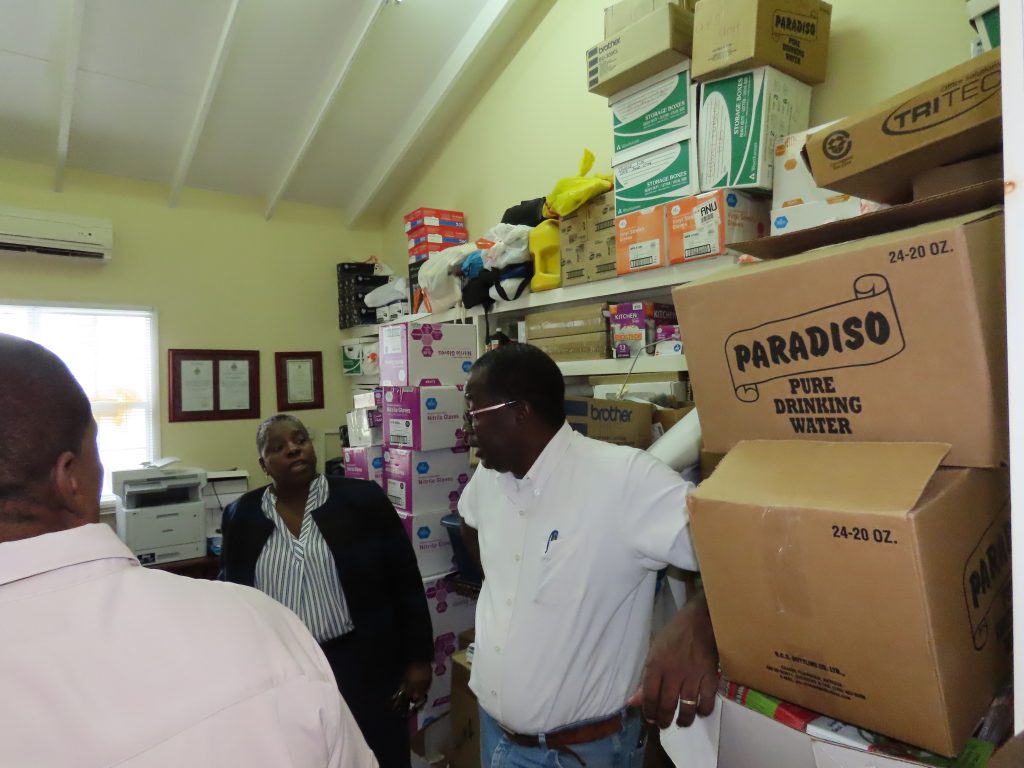 “I’m in agreement with the minister  that something has to be done like yesterday, because it has really and truly affected our output, it is impossible for us to do some of the work we are here to do, we go into the field but when we get back, there is no base to do the work,” stated Dr. Gore-Francis.
The third and final  visit was to the  building that once housed the Veterinary and Livestock Division which is being  headed by Chief Veterinary Officer, Dr. Tubal Edwards.

Dr. Edwards  said that  after having to move  to various locations due to the unsuitable condition of the building , he was happy to know that the new minister will be taking action to have them back in their original office.