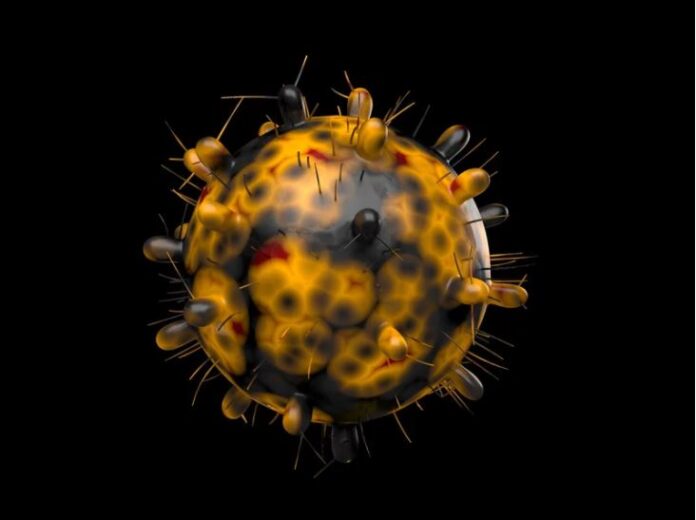 NPR: The discovery of the omicron variant of the coronavirus — which has a high number of concerning mutations — has kicked off a frenzy of research. Scientists are racing to figure out how transmissible this variant is and how resistant to vaccines it is.

They’re also grappling with a mystery: How did omicron get created?

NPR spoke with two scientists in the thick of this research. Trevor Bedford is a computational virologist and professor at the Fred Hutchinson Cancer Research Center in Seattle. Richard Lessells is an infectious disease specialist at the University of KwaZulu-Natal in Durban, South Africa, and part of the team that identified omicron in South Africa and alerted the world. Here’s what they have to say.

One of the key tools that scientists use to puzzle out the origin of a particular coronavirus variant is to look at its genetic code. Just as people who want to find out their ancestry — were their forebears Nordic? Mongol? — can find traces of that lineage in their genes, the virus’s genome contains clues.

“It’s been very common to use an evolutionary tree — or a family tree — of these SARS-CoV-2 viruses to catch introductions in places like Australia and Taiwan that have not had a lot of local spread,” says Bedford. “You can figure out where the importations are coming from by looking at the viral genome and checking, ‘Is it close in its sequence characteristics to [strains] that are circulating elsewhere that have been sequenced and shared with the database?’ ”

Scientists can then see, as they continue to take samples in the new region over time, how each particular strain starts to pick up additional — often benign — mutations step by step until it morphs into a significantly different strain.

But Bedford says that when you look at the family tree for this omicron variant, there’s something surprising: “With omicron, your closest sequences are back from mid-2020 — so over a year ago. That is very rare to see.”

In other words, while scientists can tell that this variant evolved from a strain that was circulating in mid-2020, in the intervening months there has been no trace of all the intermediate versions that scientists would have expected to find as it morphed into its current form.

“It doesn’t tie into anything that was circulating more recently,” says Bedford.” Yet its mutations put it a long way from that 2020 strain.

How to explain this?

Hypothesis No. 1: The animal source

It’s possible, says Bedford, that the mid-2020 strain infected some unknown animal population, evolved as it spread among that population and has just recently spilled back over into humans.

But Bedford thinks that this hypothesis is unlikely to prove true. “This is getting technical,” he says. But the gist is that you’d expect to see signs of the animal’s genetic material in the genome, and instead there’s an insertion of human RNA “that suggests that along [omicron’s evolutionary] branch, it was evolving in a human.”

Hypothesis No. 2: “Cryptic spread” in an unmonitored region

Another possibility, says Bedford, is that the mid-2020 strain started circulating in a location where there hasn’t been a lot of monitoring — “perhaps somewhere in southern Africa.” That would have enabled the virus to evolve under the radar all this time. “And eventually, by the time you get to 2021, it’s picked up enough mutations that it has become [much more] transmissible and then kind of explodes onto the scene at that point,” says Bedford.

But he also finds this scenario — which scientists sometimes refer to as “cryptic spread” — hard to believe. “Because it would seem that as [this strain of the virus] was on its path to becoming omicron and becoming a quite transmissible virus, [the earlier versions] would have started to spread more widely before just now.” And at that point, those earlier strains would have been noticed in countries that do have robust surveillance systems.

Lessells agrees. On the one hand, he notes, there certainly are countries in Africa where there has not been much ongoing sampling of the coronavirus. Indeed, he says, earlier in the coronavirus pandemic, South Africa’s labs picked up a variant that hadn’t been seen before through testing a traveler from Tanzania, one of several sub-Saharan African countries “where they weren’t measuring the epidemic very well.”

“Now,” he adds, “that variant, to our knowledge, never really took off in any area. And we still don’t know to what extent that was circulating in Tanzania and what the significance of it was.” But he says the episode — and others like it — illustrate that once a variant reaches South Africa, at least, it is least likely to get identified. “We have seven [genomic] sequencing hubs that are each connected to the public and private diagnostic labs across the country,” he says.

Also, omicron in particular triggers a notable signature in the PCR tests that are being conducted on a routine basis to confirm infections. This warning flag, in fact, is what spurred a private lab to send samples to Lessells and his colleagues, who, upon sequencing them, discovered the omicron variant. “If you’ve got representative sequencing and frequent sequencing, and if you can be nimble enough to respond to what you’re observing in the cases in the diagnostic lab, then you can pick up these variants that are at a relatively early stage,” he says. “So you’d have to have a pretty big blind spot to be missing something that’s really evolving over a period of months.”

Hypothesis No. 3: Incubation in an immunocompromised person

There is, however, one place the virus could have been hiding while it evolved into omicron that probably would have been in health officials’ blind spot: inside the body of a single person. Specifically, a person whose immune system was suppressed — for example, as a result of an untreated HIV infection. In such instances, explains Bedford, the person’s immune system is still strong enough to prevent the coronavirus from killing the person. But it’s not strong enough to completely clear the virus. So the virus lingers inside the person for month after month, continually reproducing. With each replication, there’s a chance it will acquire a mutation that makes it better at evading the person’s antibody-producing immune cells.

“It creates this kind of cat-and-mouse game where the immune response is chasing and the virus is running,” says Bedford. “And so over the course of the year, if you look in these individuals, you see, at the end of that time, generally a quite evolved virus.”

Lessells is one of several researchers to have demonstrated this phenomenon by retroactively analyzing a series of coronavirus samples that had been taken over a period of about six months from a woman who had HIV. Through an unfortunate series of unintended mishaps in her medical care, it later transpired that she was not being properly treated for her HIV infection during that time — even as she was enrolled in a larger study for which samples were being taken of the coronavirus that she harbored.

“Because we had samples from a few different time points over that six-month period,” says Lessells, “we could show how the virus evolved and variants with some of the same mutations as the variants of concern appeared over time in the samples.”

If this is how omicron was created, then presumably it wasn’t until fairly recently that the virus finally spread into others from the person who was incubating it.

Why wouldn’t this spread have happened at earlier points during omicron’s evolution in the immunocompromised individual’s body?

“That’s a good question and a legitimate one,” says Bedford. “I don’t have an obvious answer besides chance.” Still, like Lessells, he currently considers this scenario the most plausible explanation for omicron’s emergence.

Both scientists stressed that the scientific investigation of omicron is happening in real time, with new information coming out so fast that their views on its origins could change.

Still, in the short run, says Bedford, making educated guesses as to omicron’s source can help scientists assess the potential threat from the variant. For instance, he says, if omicron had been evolving out of sight in a large population of humans over a period of months, this suggests it’s actually not that transmissible. After all, he says, “we’ve still only seen a handful of these travel cases [arriving in various countries]. So that would suggest that it hasn’t been spreading really rapidly — that it’s taken a little while to ramp up to this level.”

But, he says, if omicron evolved in one person’s body and only recently spread to a wider population, this means the level of circulation that is now being detected — or as Bedford puts it, “the time frame for getting to where we are now, where we’re starting to pick up cases in travelers” — was reached over a much shorter period. And this would suggest that the variant is much more transmissible.

Regardless of the origins of omicron, Bedford and Lessells say its emergence is one more reminder that dangerous future variants could be created by the mutation of the virus in an immunocompromised person. This is especially urgent when it comes to the millions of people in southern Africa who have HIV and are not on medication. The point is not to blame or stigmatize people in this situation, they say, but rather to recognize that helping them is a key to ending the coronavirus pandemic. As Lessells puts it: “The intervention here is clear. We just need to strengthen our HIV response and get as many people as we possibly can onto effective treatment regimens.”