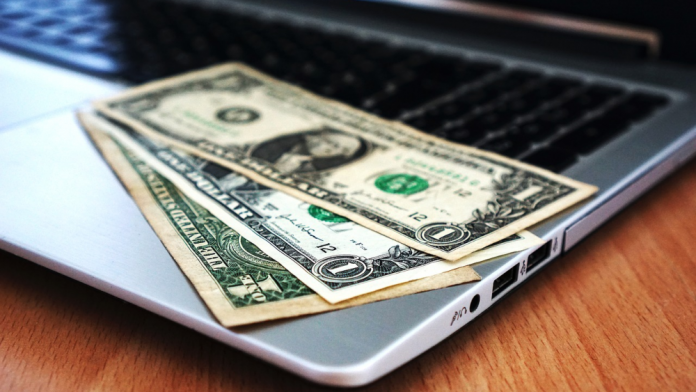 A large study has concluded what you might have guessed already: the more money you have, the happier you are likely to be.

In 2018, you may have happened across a study that said (in brief) that money makes you happier up to a point, but once you get to around a $60-75,000 salary in the US, your happiness tends to level off, and earning more will not improve your emotional well-being.

Matthew A. Killingsworth, the author of a more recent study published in the Proceedings of the National Academy of Sciences decided to repeat and improve that experiment with tweaked methodology, in order to see if the findings hold up.

The initial study took income data and happiness ratings from the Track Your Happiness app. Participants were asked to rate how happy they remembered feeling over a recent period, which Killingsworth believes was less than ideal.

“This requires people to accurately remember how they felt across the various moments of the past and then accurately integrate those memories into a single estimate, an approach that is vulnerable to memory errors and biases in judgment,” he wrote in the new study.

“At the extreme, this leaves open the possibility that, despite its association with remembered feelings, income could have little or no association with people’s actual experienced well-being as they live their lives.

For the new study, Killingsworth was able to get data that removed the potential bias introduced by memory.

Using the same app, the new research prompted users throughout the day to ask “how do you feel right now?”, offering them responses from “very bad” to “very good”.

They were also asked the question “overall, how satisfied are you with your life?”, on a scale from “not at all” to “extremely”. 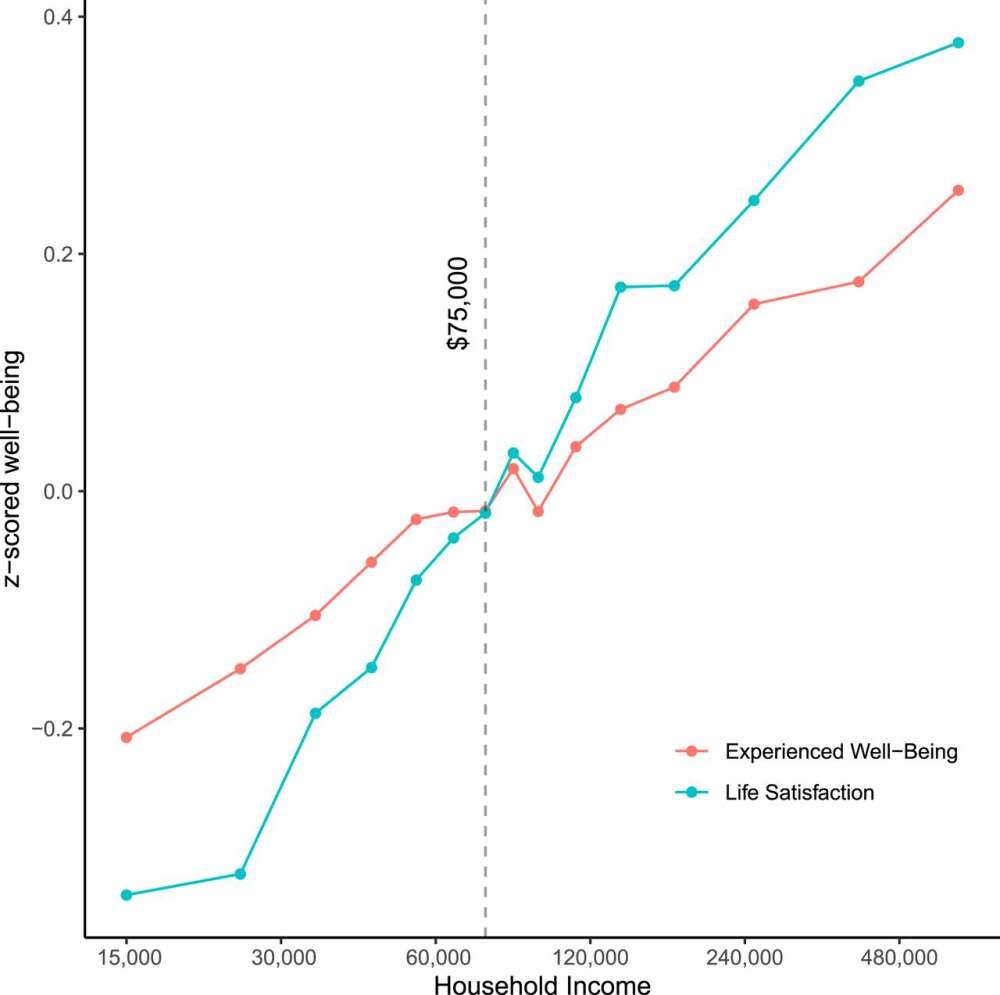 The study was quantitative, but Killingsworth proposed a number of explanations as to why this relationship between income and well-being and life satisfaction exists.

“One possibility is that people spend money to reduce suffering and increase enjoyment, and that marginal dollars are differentially deployed against these aims depending on one’s income,” he wrote in the study, adding, “compared to variation in incomes above $80,000, larger incomes below $80,000 had a stronger association with reduced negative feelings, consistent with the possibility that moving from low to moderate income might be especially useful in avoiding (or mitigating) causes of suffering.”

I.e. the more disposable income you have, the more you can spend on making yourself feel less awful (or happier, if you’d prefer a less negative view).

In worse news for people not earning vast sums of money, the research was unable to find a cutoff point for the relationship between money and wellbeing.

“There was also no income threshold at which experienced and evaluative well-being diverged; instead, higher incomes were associated with both feeling better moment-to-moment and being more satisfied with life overall,” he concluded.

“While there may be some point beyond which money loses its power to improve well-being, the current results suggest that point may lie higher than previously thought.”