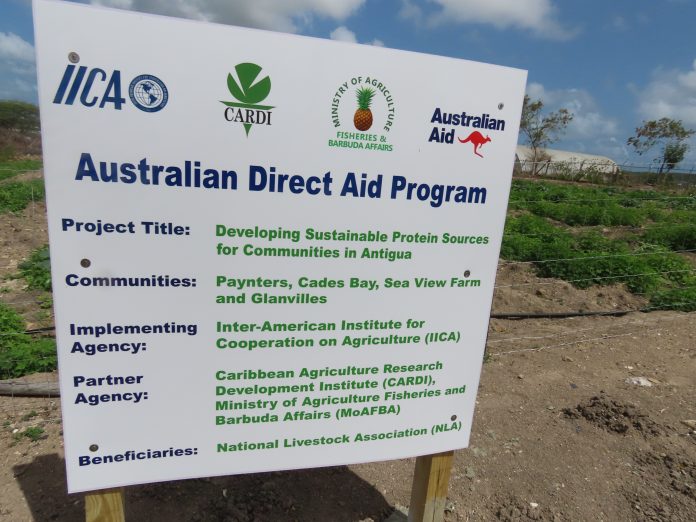 The collaborative project between the Ministry of Agriculture, the Caribbean Agricultural Research and Development Institute (CARDI), the Australian High Commission Direct Aid Programme and the Inter-American Institute of Cooperation in Antigua (IICA) has made a lot progress since its launch in February 2020.

The project addresses the resilience of protein food systems and community food and nutrition security.

It entails the growth of highly nutritious non-invasive legume species that are tolerant to drought and flood and require less inputs for production.

The project also builds the capacity of farmers to implement and manage feed systems using “a learning by doing approach. “

After about five weeks of planting a variety of forages at Paynters Livestock station, representatives of two of the key agencies involved in the project, dropped by to see the progress of the plants.

National Specialist at the Inter-American Institute for Cooperation on Agriculture, Mr. Craig Thomas and Acting Director of Agriculture, Mr. Gregory Bailey highlighted the importance of this joint initiative.

“Again, this is a result of forage being grown in the dry period, again with access to water. So the idea behind of this is that, during the wet period , you would not need any irrigation system, you basically have these forage growing, so when the dry period comes around, you’ll basically begin to cut and carry.”

Thomas continued, “so hopefully by next year, around this time of the year or even before, the paynters livestock station would have adequate forages to feed to their animals leading up to the dry period, because as you can see, with climate change, we are having longer periods of drought.” 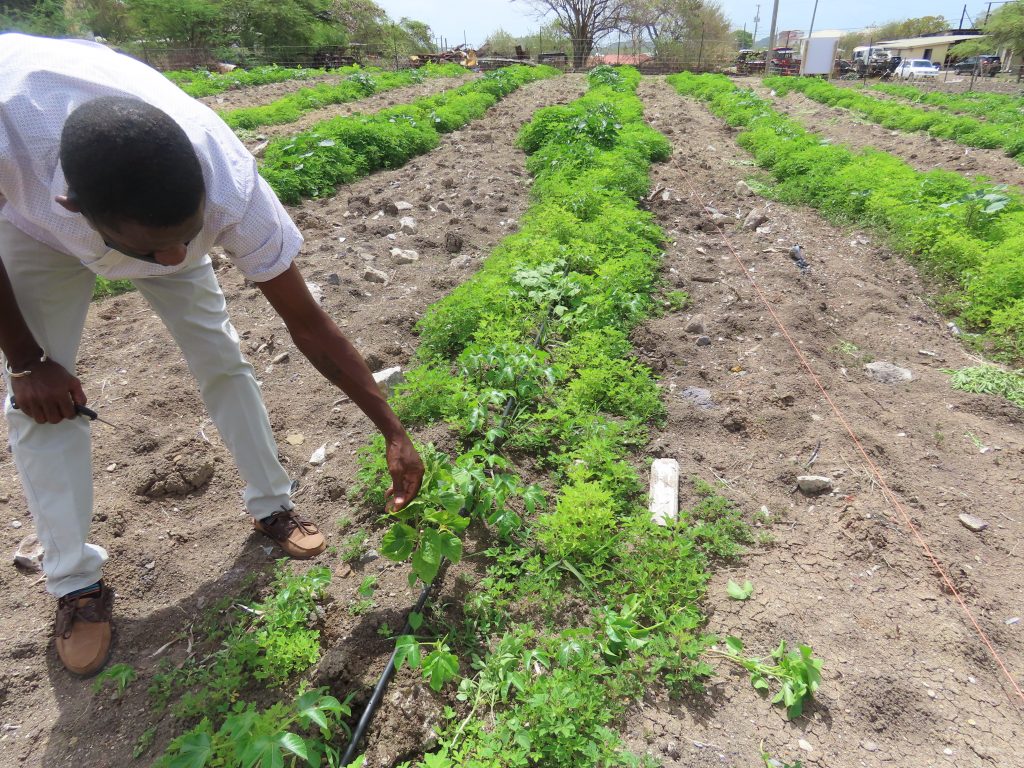 Thomas reiterated that farmers can take steps to implement a similar system but they must ensure that water is readily available. He lauded (CARDI) under the national leadership of Mr. Paul Lucas, who has been instrumental in the propagation of the planting materials and the setting up of the drip irrigation system.

Three of the four irrigation systems have already been installed. The delay in activating the others in Cades Bay and Glanvilles is due to the rationing of the national water supply but once this improves, action will be taken.

Acting Director of Agriculture Mr. Gregory Bailey, in welcoming this initiative, said that this project is in keeping with ensuring the sustainability of livestock locally under drought conditions.

Such an initiative also aids in conditions of external shocks which can interrupt not only the food supply chain, but the supporting materials such as animal feed that can contribute to continuity in the supply chain.

Bailey meanwhile underscored the importance of keeping data so that sound reference can be made as the project pushes forward.

“I think what we need to do with this is to collect the relevant data to determine, for example, what acreage of land is required with a particular forage to feed a particular number of animals.

The acting DA added, “We need to get to that point where we can actually fine tune our cultivation to suit the animals` requirement for any given farm.”

Apart from the three mentioned areas, the project is also being carried out at BBC in Seaview Farm. It run for a period of 10 months and comes to completion on November 30th 2020.