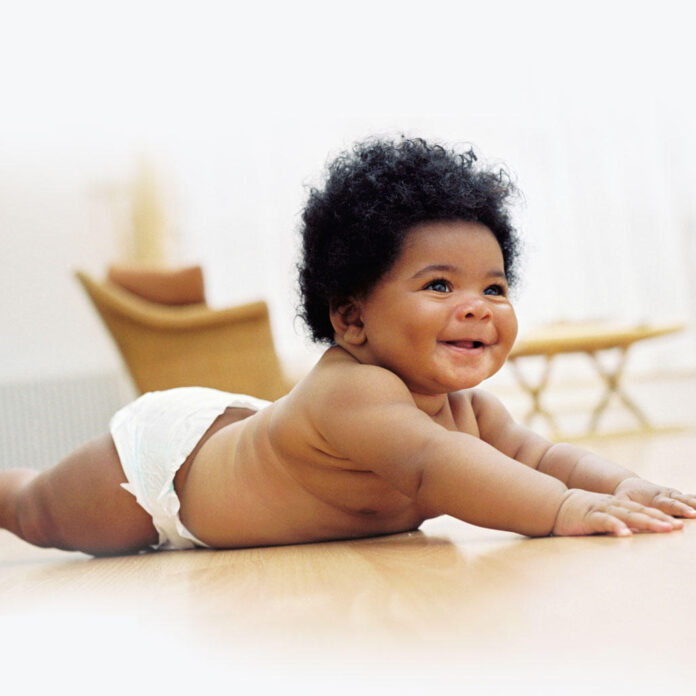 Forget Liam and Emma — the most popular baby monikers in NYC in 2020.

A new generation of parents and parents-to-be are going further back in time for baby-naming inspiration.

“There’s been a huge fashion for Roman names and mythological names,” said Pamela Redmond, the co-creator of Nameberry, a database and naming guide for expecting parents.

Other moms and dads are taking inspiration from their favorite TV shows and celebrity offspring, while still others are taking things to surprising extremes.

“Hopefully, we’re heading into a post-pandemic time that’s more positive, and I think names will reflect people’s desire for change and newness,” said Redmond. “Names are our symbol of hope.”

Have a look at what she forecasts will be the Top 5 baby-naming trends in 2022.

“Many [parents] are introducing the ancient world as a source of new [to them] names that also have deep meaning,” said Redmond.

The Roman goddess of dawn, Aurora, shines as the 36th most-used name for American girls in 2020, up from 488th in 2000, according to the Social Security Administration.

For boys, the punished-Greek titan Atlas (189), Athens-related Atticus (300) and the Greek hunter and solar constellation Orion (326) have soared in popularity over the past decade.

But parents are only making so many historical connections with some of these names. Ophelia, on the rise and ranking 391 in 2020, has roots in Greek mythology and is the title of a 2016 song by the Lumineers. The name also belongs to the tragic, suicidal character in Shakespeare’s “Hamlet,” but some are disregarding that fact from high school English class.

“A lot of parents are choosing the name not really knowing about the story,” Redmond said.

Luna — the name of Chrissy Teigen and John Legend’s 5-year-old daughter — is currently the 14th most popular girl name in America.

That name, which originated from the Roman goddess of the moon, has shot up 63 spots on the list since the celebrity babe’s 2016 birth.

Biblical but not basic

Parents are opting for names from the holy book that aren’t Daniel and David.

Harley — which Redmond said takes inspiration from both the DC antihero Harley Quinn and Harley-Davidson motorcycle brand — was the 291st most popular girl’s name last year compared to being No. 485 in 2007.

More macho names that are coming into play include Maverick (hello, Tom Cruise in “Top Gun”), Rowdy and Wilder. The latter ranks 431st after not even being in the Top 1,000 a decade ago.

Strong-but-virtuous names, such as Justice and True, are also gaining steam, according to Redmond.

The hit 2020 Netflix show “Bridgerton” and its female protagonist are expected to make Daphne even more popular in the coming year. The name is currently ranked 415. Other names from the show, such as Benedict, could also see a boost.

On the darker side of things, the popular show “Lucifer” has spawned a trend of “demon naming,” said Redmond.

The expert has seen the likes of Lux, Jezebel and Lucifer itself become more trendy. In the United Kingdom, Lucifer was a more popular name than both Nigel and Trevor in 2020, according to the Standard.

But, naming your kiddo after the devil has its risks.

“At least if you name your baby Daphne, you can always say, ‘Oh, I liked it before “Bridgerton,” ’ ” said Redmond. “But if you’re naming your baby after a demon, there is little doubt where that came from.”