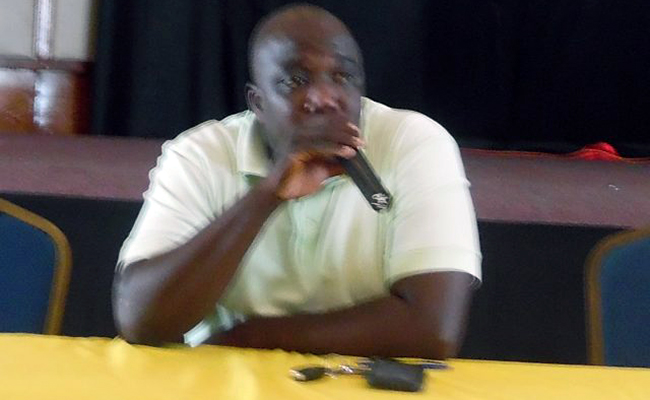 Chief Veterinary Officer Dr. Tubal Edwards would like to see more livestock farmers get into the business on a full-time basis.

He made the point during a recent panel discussion which was hosted by the Ministry of Agriculture at the Multipurpose Cultural Center.

The topic focused on how Antigua and Barbuda can achieve the Zero Hunger goal by 2030. The Zero Hunger Challenge was launched by United Nations Secretary-General Ban Ki-moon in 2012.

The Zero Hunger vision reflects five elements from within the Sustainable Development Goals (SDGs) which, taken together, can end hunger, eliminate all forms of malnutrition and build inclusive and sustainable food systems.

The chief veterinary officer noted that for the livestock industry to play a more meaningful role in achieving this global target, it cannot be business as usual in the way the sector operates.

Dr. Edwards reported that one of the concerns facing livestock development in Antigua and Barbuda is that many farmers are not full-time livestock farmers. This does not augur well for where he envisions the sector in a few years.

“They are basically part time farmers who have a job in the day and then when they get home, that’s when they take the opportunity to interact with their animals. This should not continue because if we are aiming towards zero hunger by the year 2030, we have to change that mentally, ”Dr. Edwards stated. We need some persons to become full time livestock farmers. At this rate, we need to secure some of the lands that we have for livestock.”

Meanwhile, Dr. Edwards announced that that the government has taken the initiative to work along with other countries, including Cuba, to introduce new expertise to enhance the livestock sector.

A Technical Brigade is due to arrive here from Cuba to assist with specialized techniques in assisted reproduction for livestock farmers, resulting in improvement in the pedigree of farm animals.

The Chief Vet also noted that, in Antigua, there has been a decline in the livestock population compared to years ago.

It has moved from over one hundred thousand animals toa population of just a few thousand heads of animals which include cattle, sheep, goats, pigs poultry.

Dr. Edwards said that although there have been repeated complaints by some livestock farmers that more land is needed to develop the sector, this alone will not help to reach the goal of zero hunger for all. Introducing new methods in livestock practices is among the key elements that are required to reach the desired goal.

Dr. Edwards stressed that farmers should not allow their animals to roam, but rather introduce a semi-intensive method where the cut and carry system is adopted and has proven to be very effective.

Other issues raised at the public forum were the issue of roaming animals destroying people’s property and the use of Bayticol to destroy ticks.