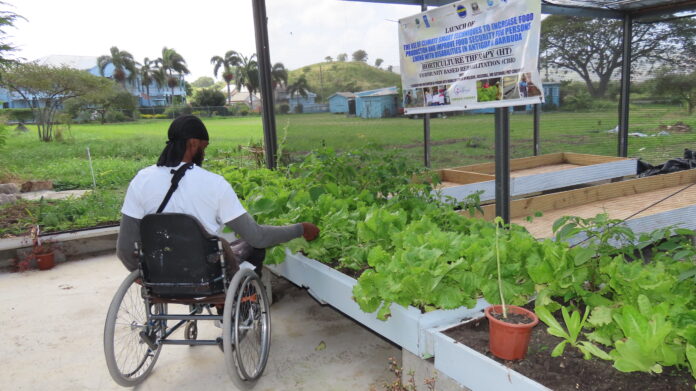 The program is based and designed to give persons with disabilities the platform to learn agriculture and use Climate smart and Climate Resilient technology to feed themselves and others.

As an organization, they believe that the idea of food security is something they need to be a part of, based on the different challenges that persons with disabilities face, we need to begin to encourage them to eat healthy, to eat better,” stated Mr. Bernard Warner, President of ABAPD.

With the GEF small grant funding and support from the Ministry of Agriculture, they hope to one day be able to support different local entities and persons in the country.

Mr. Warner expresses special thanks to the Minister of Agriculture, Fisheries and Barbuda Affairs, Hon. Samantha Marshall, greatest supporters who introduced them to the idea of a hydroponics system through Acting Extension Officer, Ika Fergus and a business man who is also a hydroponics enthusiast.

They received assistance in constructing the first two (2) boxes, then members of the association were taught from start to finish how to build the boxes for the hydroponics system, and since then they have built an additional six (6) boxes. They have also received help from Backyard Garden facilitator, Efuru Elihu who has helped them from the inception.

Mr. Warner expressed that the program has given a different view of agriculture and the motivation to expand their program at the facility.

The association is grateful to the different organizations like Inter-American Institute for Cooperation in Agriculture (IICA), Caribbean Agricultural Research and Development Institute (CARDI) and the Ministry of Agriculture for all the support they have given from the inception.

Acting Extension Officer, Ika Fergus explained that the Ministry of Agriculture has been on a quest to encourage persons to adopt these climate smart and climate resilient practices to boost local production of fruits and vegetables, especially since hydroponics in particular, affords the opportunity to grow food with less land and an estimated 70-80% less water than traditional farming, thus putting less pressure on our limited resources. 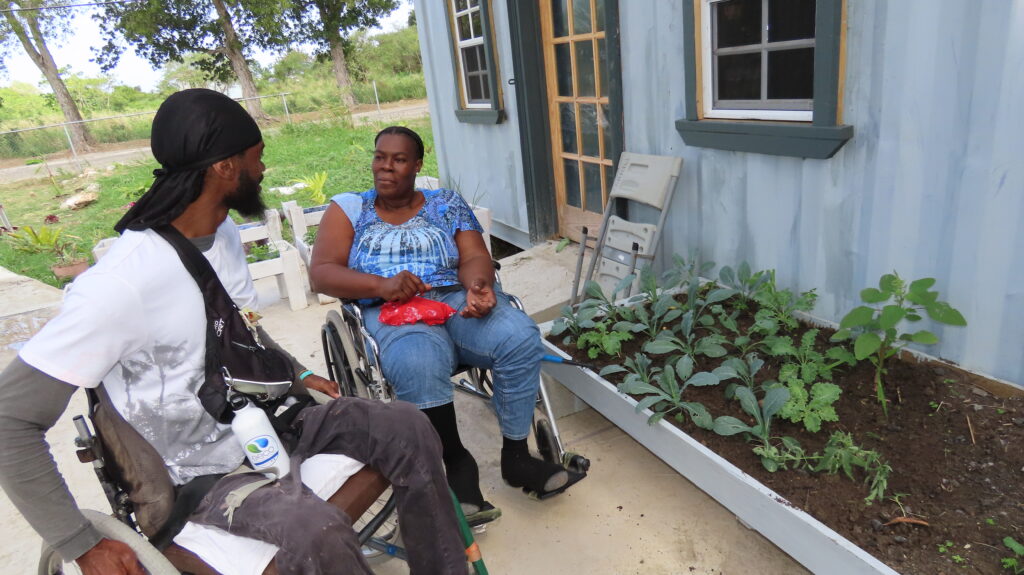 Member of the Disability Association, Mr. Jurmin Jones expressed that he has been a part of the project for the past couple of months and despite it being difficult at first to get around once things started to get into place he was very pleased and happy to see the progress they began to make. He also explained that he is very intrigued to learn more about the hydroponics system and see how it works.

Treasurer of the Association, Wendy Valentine explained that the program has helped the members a lot as a way of therapy for those especially who love nature and it keeps them active. She also hopes that persons with disabilities will come, learn more about Agriculture, and even turn it into a business.