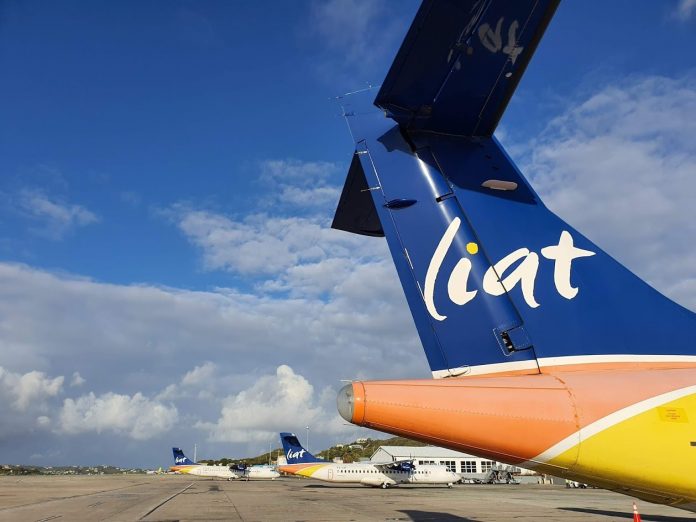 A terminated Barbadian LIAT pilot has now filed a class action suit against the government in Antigua and Barbuda where the collapsed airline is based.

The constitutional motion filed last week Wednesday, but only acknowledged today in writing by the state, is challenging the constitutionality of the recently amended Companies Act which prohibits anyone from suing the government over any claims against LIAT.

The motion, lodged by Barbadian Captain Neil Cave on behalf of nine other current or former LIAT pilots, is asking the Antigua and Barbuda High Court to declare that newly-amended Act unconstitutional.

The claimants, who have named the Attorney General of Antigua and Barbuda as the only defendant want the court to order that they be awarded costs and/or other relief the court may deem just.

They are also requesting that the court declares that Section 564 (1) of the Companies (Amendment) Act No 17 of 2020, is in contravention of Section 15 (8) of the Constitution of Antigua and Barbuda to the extent that it purports to limit the claimants’ right to access the court for a determination of their civil claim against LIAT 1974 Limited which was filed in 2015 and was pending at the time the Act was enacted by Parliament.

In his affidavit, Captain Cave outlined four grounds on which relief is being sought.

One ground notes that Section 15 of the Constitution of Antigua and Barbuda guarantees a litigant access to the High Court and for the fair hearing of his matter within a reasonable time.

“In that light, Parliament does not have sweeping powers to pass legislation adversely affecting that right to access especially in circumstances which are not recognized by the Constitution,” he stated in another ground.

His sworn affidavit also argues that Section 564 (1) (a) of the Companies (Amendment) Act, 2020 is inconsistent with the Constitution and unlawful to the extent that it seeks to prevent the courts from hearing and determining the LIAT pilots’ claim, which has been pending before the Court in excess of five years.

The final ground declares that accordingly, the claimants are entitled to approach the High Court pursuant to Section 18 of the Constitution to obtain relief.

According to Captain Cave’s affidavit, the Constitutional motion arose from a matter on May 27, 2015 when the 10 pilots instituted a claim against their employer seeking certain declarations and orders regarding pension monies deposited in an Antigua bank and prior to that, into a CLICO International Life Insurance fund without the authority of the pilots’ union and “in clear breach” of the existing collective and other agreements.

The pilots contend that the pension monies ought to have been deposited under the rules of the LIAT (1974) Limited Staff Provident Fund 1989 and Trust Deed, dated 27 June 1990, arising out of a 1977 arbitration award.

The affidavit observes that with the collapse of CLICO, LIAT pilots lost over $5 million in monies “unlawfully” deposited into the CLICO fund by the airline.

The defence to the LIAT pilots’ claim, the senior Barbadian pilot said, was filed by the airline on December 14, 2016 more than one year and six months after the filing of the claim.

The LIAT pilots’ claim, Captain Cave added, was scheduled to be heard on August 11, 2020, but on the morning of that hearing, LIAT took a preliminary point that the trial could not continue since the company was now in the hands of an administrator appointed by the court by order dated July 24, 2020.

“That position was also echoed by the attorneys for the appointed administrator Mr Cleveland Seaforth who was also present,” he said in his sworn affidavit.

The affidavit also recalled that Prime Minister Gaston Browne had petitioned the court for an order of rehabilitation under the newly-amended Companies Act and was successful in getting it.

It added: “The essence of LIAT’s argument, endorsed by the Administrator, is that the petition filed by the Honourable Gaston Browne imposed an automatic stay on certain proceedings against LIAT, including the trial of the instant matter.  In contrast, it was submitted on behalf of the pilots that the focus of the July 24, 2020 order and of Section 564 of the Companies (Amendment) Act which provides for automatic stays, to prevent creditors enforcing against debtors and in particular, winding up or liquidating debtor companies when a petition is filed.”

The affidavit points out that the pilots in the High Court claim are not creditors of LIAT.  And in fact, it explained, the trial will determine whether they become judgment creditors. — Barbaos TODAY