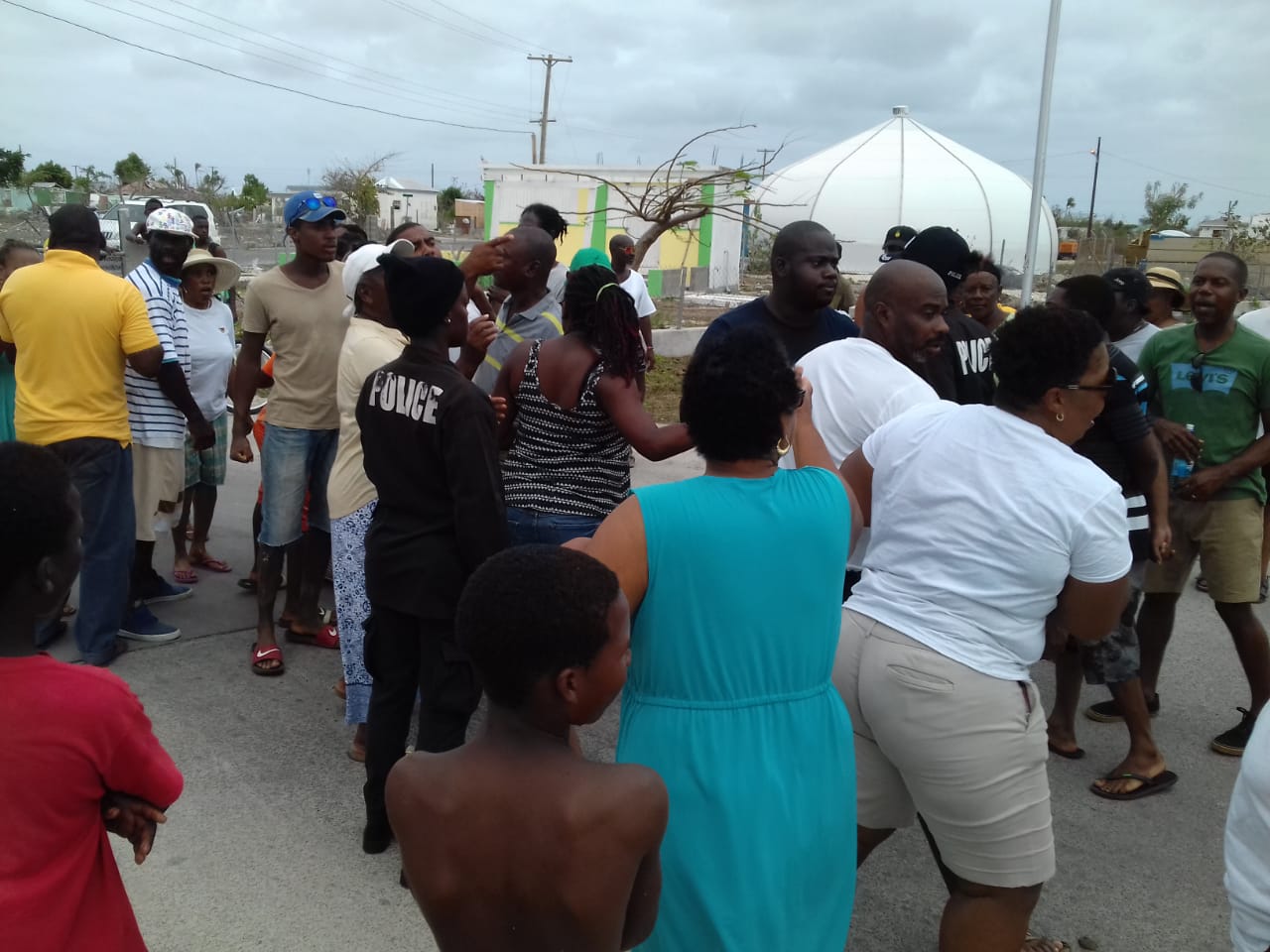 There is a tense stand-off between police officers and protesting Barbudans over the use of the fisheries complex which houses national security forces.

18 police officers from Antigua descended on Barbuda early today in a show of force while requesting the keys for the Barbuda Fisheries Complex from the Barbuda Council.

The Barbuda Council wants the police officers and soldiers removed from the Japan-funded building to make way for the opening of the Lobster season.

Prime Minister Gaston Browne said yesterday that the council turned off the electricity and water to force the law enforcement officials out.

Since that revelation, Browne says the commissioner of police ordered more police officers to the sister isle to take control of the building.

The Member of Parliament for Barbuda Trevor Walker and the council are refusing the hand over the keys.

That decision led to a major standoff, but not a violent one.

“Under no circumstances that I’m gonna allow the keys to turnover to the police.”

Walker also said that they are expecting, “Reinforcements from the police in addition to some hierarchy from the police… I think the commissioner [Atlee Rodney] is coming as well.”

“I’ve also said to the people that the instruction is that if they don’t get the keys by tomorrow, they are going to basically lock down the complex. And we cannot stop them from doing so based on the fact they are probably have a lot of additional officers there tomorrow.”

Speaking on radio yesterday, Prime Minister Gaston Browne said he does not want any fights with the Barbudans just the opportunity to build the island.

He said, however, that he won’t tolerate lawlessness and illegality.

Browne said the fisheries complex belongs to the government of Antigua and Barbuda and the keys must be handed over.

“The council members are now getting into lawlessness,” he said.

The prime minister denies instructing the commissioner of police to send more officers to Barbuda as alleged.

“Gaston did not ask the commissioner to send any additional police officers to Barbuda because I understand that members of The Movement are spreading that propaganda.”

“The commissioner, on his own volition, has decided to send additional police officers to Barbuda.”

Trevor Walker remains strident, however, indicating that one police officer asked him whether or not he saw a letter from the Cabinet making formal request for the keys to the fisheries building.

“Obviously, it is instructions that the police got.”

As for the possible motive behind the alleged Cabinet request and further order for control of the complex, Walker said that the Prime Minister, “Is trying to paint a picture to the world that the Barbuda Council cannot function.”

Walker went onto indicate that, “The police obviously don’t know the law.”

He pointed that the area of fisheries falls under the Barbuda Local Government act enshrined in the Constitution of Antigua and Barbuda and that central government, “Cannot give directions in that area.”