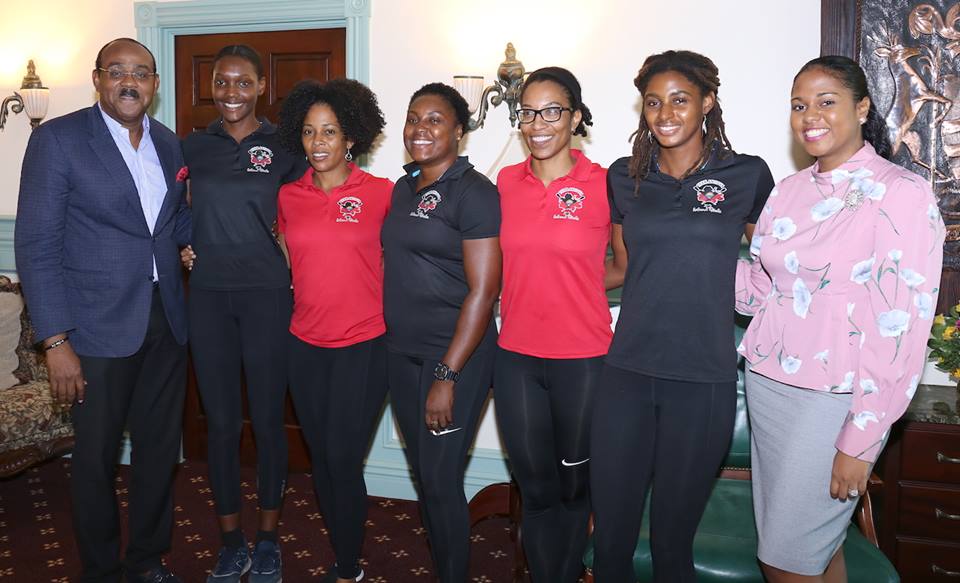 The four women; Smara Emmanuel, Christal Clasing, Junella King, Elvira Bell and trainer Kevinia Francis spoke of their preparations for the December event and how they hope to make history and become the first group of women from the region to successfully row 3000 nm across the Atlantic.

Both Prime Minister Browne and Minister Maria Browne congratulated the ladies on their bravery and wish them every success in the upcoming race. During the 2015 historic run by Team Antigua, Prime Minister Browne had issued a call for an all-female team. The women said that they were happy to take up the challenge.

The women have selected Cottage of Hope as their charity. Cottage of Hope is a non-profit organization founded in 2009 and houses and serves girls who have been abused, neglected or orphaned.