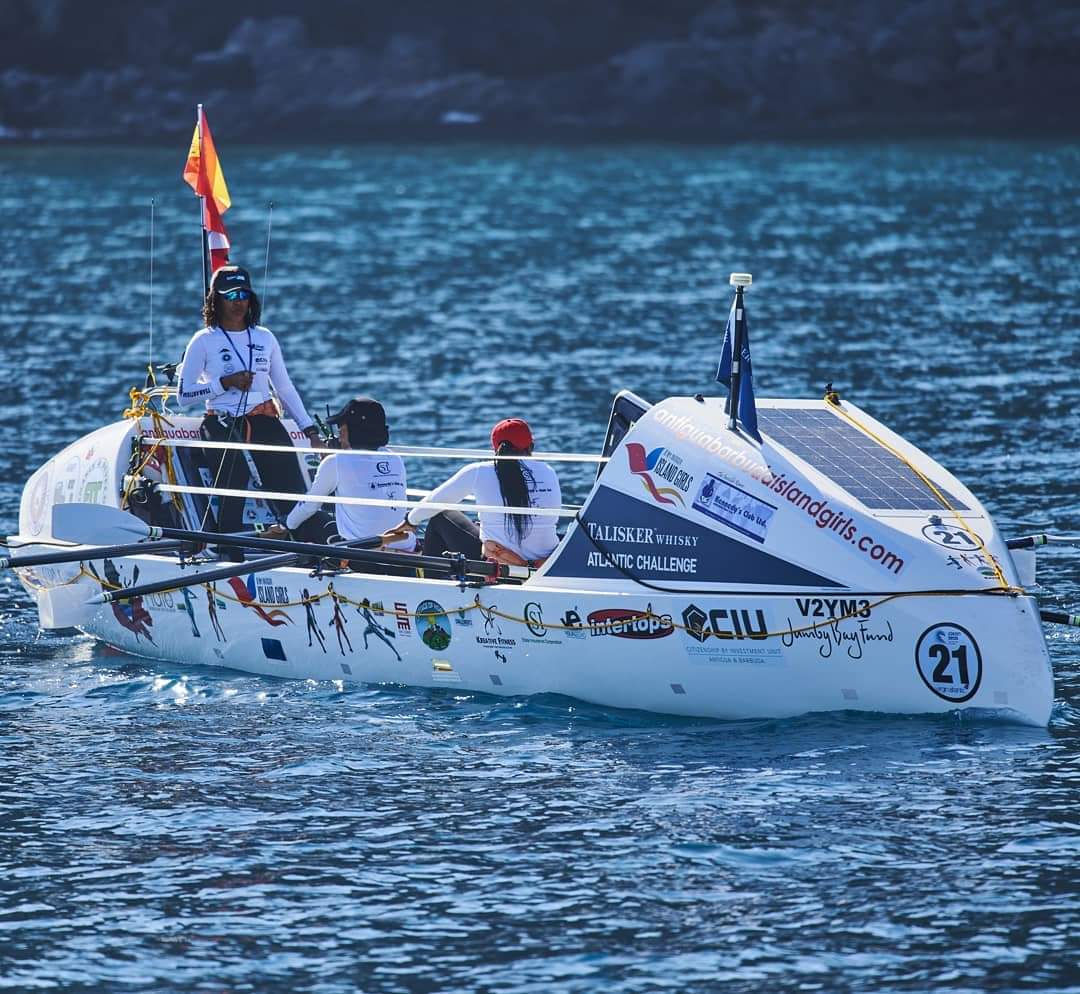 At 10:45 am (GMT) today, Team Antigua Island Girls began their 3,000 mile race which will take them from La Gomera in the Canary Islands to Nelson’s Dockyard in English Harbour in Antigua.

Francis says her team is prepped and ready to compete with 27 other teams from around the world.

“It’s a competition, so we think everybody is competing although some teams say they’re just doing it for the adventure and the challenge. We are not underestimating anybody.”

There are two other four-person all-female teams participating in the Atlantic Challenge – Astro to Atlantic (UK) and Row for the Ocean (UK). Another UK-based three-woman team (Status Row) rounds out the all-female class for the 2018 competition.

Francis goes on to explain that the team hopes to break the female record for the event of 34 days 13 hours and 13 minutes set by the China-based team of Kung Fu Cha Cha last year.

“Weather permitting, our goal is to break the existing female record. So, we’re looking at between 30 and 33 days once the weather is in our favour… and be back in the middle of January.”

The team has been in the United Kingdom for the past three weeks equipping and prepping their boat, attending course sessions and training for the upcoming row.

“There, we got training on with the foot-steering mechanism that is being used for the first time ever this year,” said Francis of the team’s lead up to raceday today.

“It’s been very cold where we are so I guess that’s been great for getting us acclimated for the upcoming race, because we hear that it will be freezing over the Atlantic.”

Supporters can follow the team via the race trackerapp that can be found the event’s official webpage https://www.taliskerwhiskyatlanticchallenge.com/as well as via updates through the Island Girls’ website at https://www.antiguabarbudaislandgirls.com/.