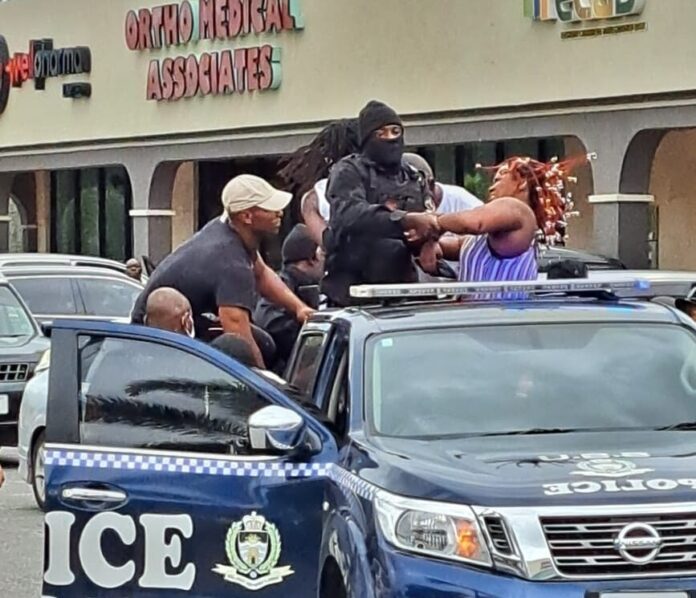 Queen’s Counsel Sir Gerald Watt has responded to a viral video showing the arrest of a man and woman outside Payless Antigua on Saturday.

“Counsel it’s not just silly, it is idiotic, personally am sick and tired seeing persons who have or are breaking the law abusing, assaulting, fighting and injuring police officers just because they have a hatred of the police and are evil and barbarous. And then when the officers have to use serious force to subdue people like the woman in question the cops get the blame.

“It is high time the police are equipped with Tasers, this would allow cops to subdue offenders without having a big drag out fight with the worst of society. What is most upsetting is that the woman was totally wrong and making a spectacle of herself in front of her two children who were clearly traumatized let’s get the tasers ASAP.”