The swimming fraternity celebrated their wins at the recently held 28th Vita
Malt National Sports Awards hosted by the Ministry of Sports and Kennedy’s Club Ltd. at the Casa Palmadita in Fitches Creek.

The Antigua and Barbuda Swimming Federation won the coveted National Association
of the Year award while the Riptide Swim Team/Antigua Swim School won for National Club of the Year. 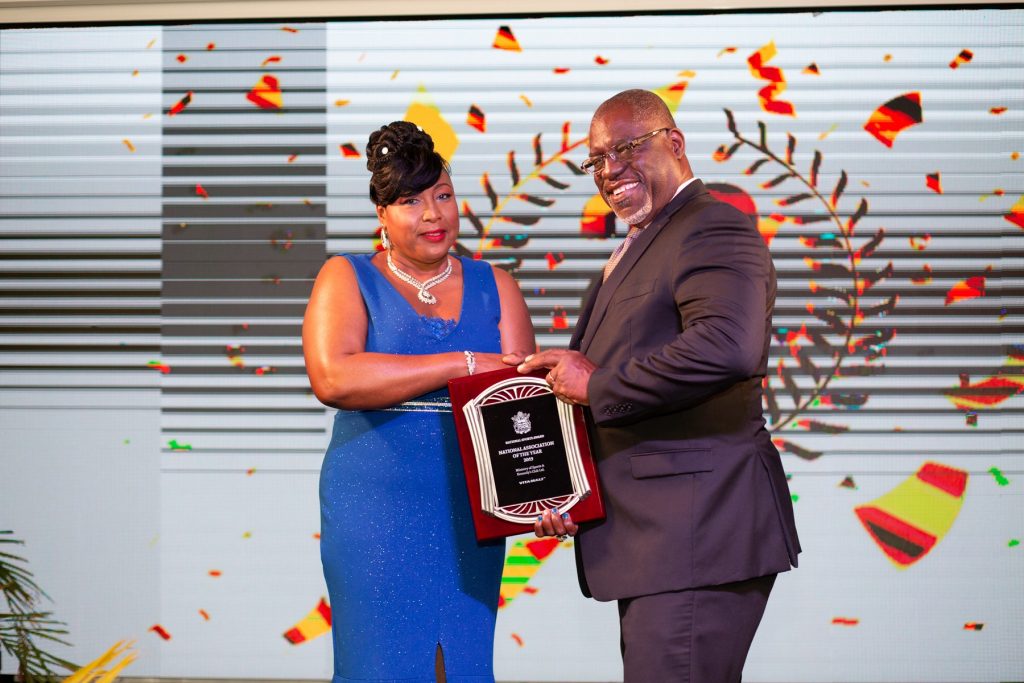 On hand to receive the award, on behalf of the ABSF, was the Federation’s President,
Dr. Derek Marshall. A proud Dr. Marshall commented, “On behalf of my fellow executive
members, and the entire swimming fraternity, I am extremely proud to accept this award.

We have all put in a lot of hard work and this award proves that hard work pays off.” The ABSF President praised the work of the ABSF executive and made special mention of the support that the Federation receives from the swimming parents and supporters. He said,

“This award would not be possible without the dedication and effort of the ABSF executive members. They volunteer a great deal of time to the sport of swimming and do so with willing hearts. I would also like to thank and congratulate the parents, supporters and swimmers for making this the best association. The Executive would not be successful if not for their commitment to the sport of swimming.”

An elated Mark Mitchell, founder and head coach of the Riptide Swim Team/Antigua
Swim School said the award for National Club of the Year marked a significant milestone for the relatively young club. “Over the past 6 years, we have worked extremely hard to make our mark in swimming and I am happy to see that our efforts have paid off. I would like to thank my wife Deleicia and all of the Riptide and Antigua Swim School families who have contributed to our success.” He added, “2019 was a great year and we look forward to 2020 being an even better year.” 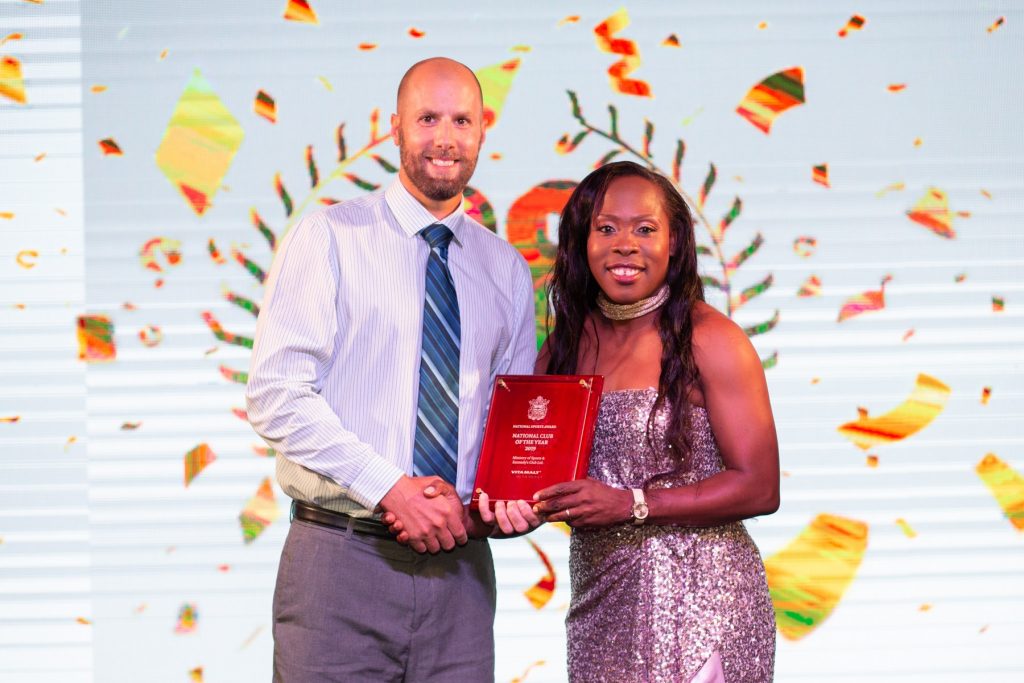 In addition to the National Association of the Year and National Club of the Year, the
ABSF fielded 8 nominees in various categories. Cheryl Appleton narrowly missed for
Administrator of the Year, while Roy Bento and Mark Mitchell vied for Lifetime Achievement
and Coach of the Year Awards respectively.

Swimmer of The Year, for Senior Sportsman of the Year. The ABSF Travel and Budgetary
Chairperson, Dr. Cleopatra Gittens was also nominated for Sports Official of the Year.
ABSF Vice-President of Pools Darren Derrick joined President Marshall in complimenting
the swim fraternity, saying, “I would like to congratulate Coach Mark of the Riptide Swim Team and the entire swimming fraternity for a very successful showing at the Vita Malt National Sports Awards. I would like to especially congratulate all of our nominees. They were all deserving of taking home the awards in their various categories, but like everything in the world of sports, it is a competition, and there can be only one winner. On a personal note, I would like to thank my fellow executive members and all of the parents, swimmers, officials, supporters and sponsors. Without them, the Federation could not have won for National Association of the Year.”

The Antigua and Barbuda National Swim Team next travels to Peru to take part in the UANA
Swimming Cup hosted by Union Americana de Natacion (UANA). The event is scheduled to be held at The Videna Aquatic Complex, in Lima, Peru, February 21st – 23rd, 2020. Local swimming action continues with the 7th ABSF National Swimming Championships, February 28th to March 1st, 2020 at the Viper’s Aquatic Facility located at Langfords.