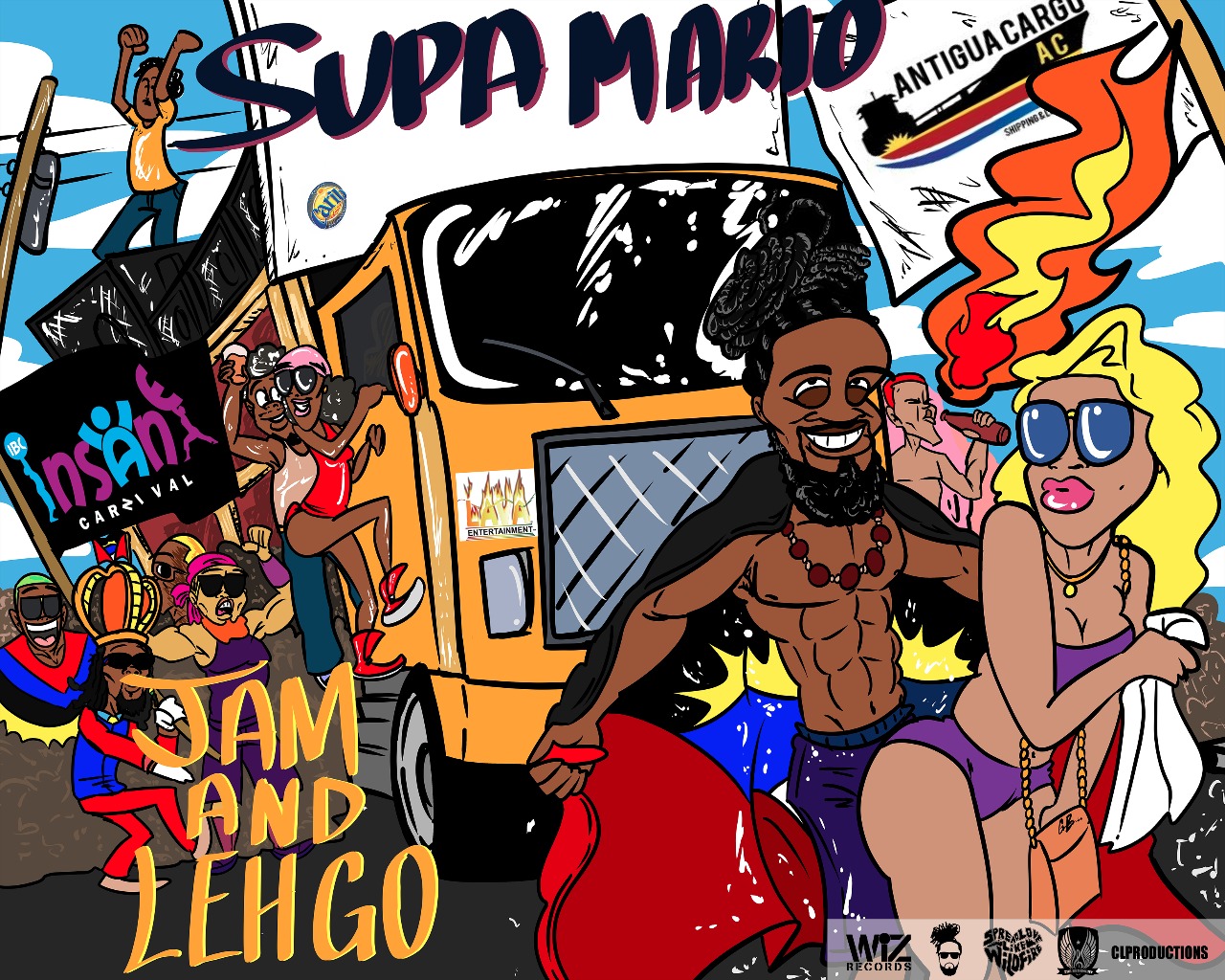 “We come to play mas with sounds of iron beating and brass.
“When the music hit you, I want you to jam and lehgo….!!!!”
Supa Mario takes a giant leap with his hit single  (JAM AND LEHGO) to deliver the true meaning of festival and culture; while combining elements and styles with great inspiration from the pioneers who paved the way for us.
Educating and bridging all gaps for the future generation so that our culture remains ever present and never dormant!!!
This song was written to capture the celebration of Carnival with sweet pulsating music designed for the masquerader while singing and dancing through the streets for Mas . Right from the start the Live bass by Shawn “Mr. Roots ” Mitchell captivates you , followed by memorable melodies and lyrics  by the powerful writing squad ( Peter ” WiLDFiRE” Noel and Supa Mario)
At the peak of Antiguas 60th anniversary carnival season – when you hear this song it’s time to JAM AND LEHGO .
This Bacchanal chemistry was highly influenced by the king of calypso ( king short shirt ) and the world supreme jam band ( Burning Flames )
(Press Release)