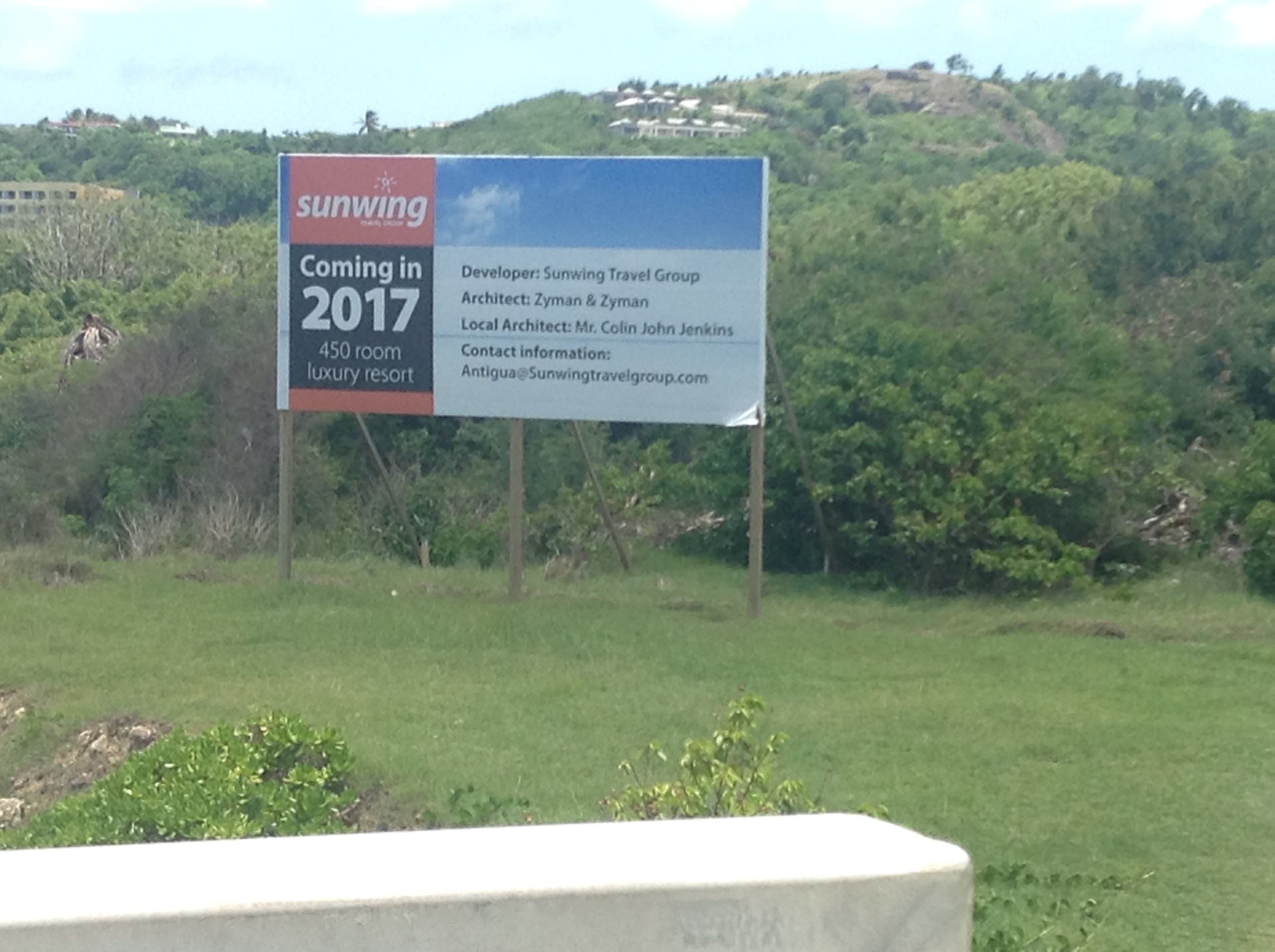 The government says the company which bought the Royal Antiguan Resort late last year, plans to have a practically new hotel open there by November of 2018.

In a statement, the government said the Sunwing Group will be “rehabilitating” the property that it bought at a price of US$27 million from the owner Issa Nicholas.

According to the government, Sunwing will gut the existing structure down to the steel frame, replace the electricals, the plumbing, the air conditioning, and will place balconies on the front and the rear of the structure.

“They will have more than 200 construction workers on the job from sun-up to sun-down, every day until November 2018. When construction is near completion, the Sunwing Group will hire more than 250 workers to meet the requirements of their properties’ high standard,” the government said in a news release.

The released added that the Sunwing Group will also be constructing bungalows, high-end residences, waterfront villas, golf townhouses and condos, over a two-year period, “resulting in more than 1,000 rooms at Deep Bay, when the construction is completed. The group will spend more than US$250 million dollars”

Speaking at a ceremony earlier today, Prime Minister Gaston said the group will start work on the property in sixty days.

Last week, Antigua News Room reported that another property purchased by Sunwing in 2015 was stalled.

The group planned to build a 400-room resort close to Royal Antiguan at Deep Bay and the Prime Minister said today that the project is still on.

He said it will be built after the work at Grand Royal Antigua is completed.