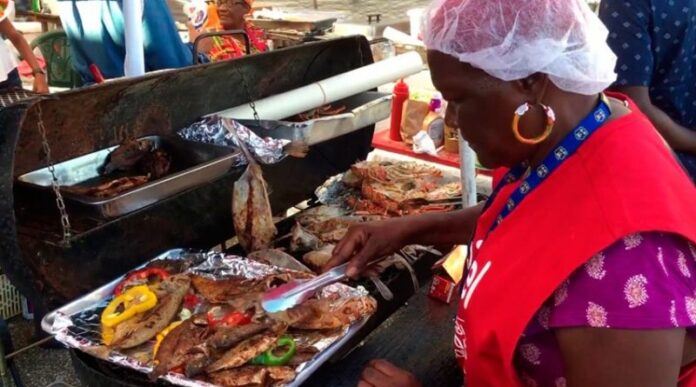 Vendors are hoping they will be able to turn a profit before the Carnival season ends, especially at the upcoming Monday and Tuesday events: Jou’vert, the Mas’ parades and Las’ Lap.

Many vendors complained they did not make any money during the official opening of Carnival on Wednesday, July 27, since they were not situated on the parade route.

Reportedly, these small-business owners were placed on St. Mary’s Street; but the parade came down Redcliffe Street, moved onto Thames Street and then up High Street, instead.

“Sweet Dee,” a well-known vendor who sells iced coffees and slushy drinks, says the people who turned out to view the parade followed the procession, and so the vendors barely made any money.

She notes that she made a few sales, since it was a hot day and spectators wanted a cool drink; but, even so, she did not break even.

The food vendors, meanwhile, had a very rough time and a lot of the food they prepared went to waste, she says.

The businesswoman is of the opinion that the event was poorly publicized and something better could have been done.

Meanwhile, Franz deFreitas, the United Progressive Party (UPP) Candidate for St. John’s City South, is agreeing with others that this is the worst-organized festival since Carnival began several decades ago.