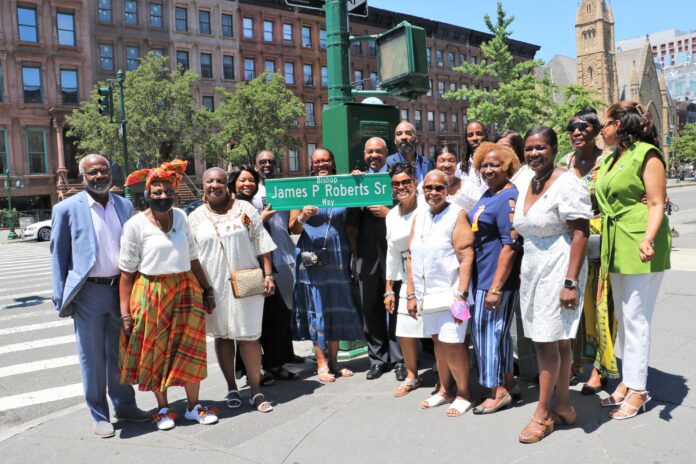 The street will be Co-named to honor the founder of the Antigua and Barbuda Progressive Society Inc., Bishop James P. Robert Sr. This Antiguan national arrived in New York City in the early 1900s from Newgate Street, St, John’s, Antigua.

Roberts gained employment as an elevator operator in a commercial building in Harlem while simultaneously pursuing academic studies at night.

He was a member of the Holy Cross Pro-Cathedral of the African Orthodox Cathedral and a part of the United Negro Improvement Association (the Marcus Garvey Movement).

Roberts later became a postulant in the Endich Theological Seminary under the tutelage of his Eminence George Alexander McGuire before he was admitted to the Holy Orders.

On August 22, 1934, during the Great Depression, Bishop Roberts and a group of 22 fellow Antiguans living in Harlem, founded the Antigua Progressive Society.

As President of the organization, Bishop Roberts through the organization provided new immigrants with spiritual guidance and economic support to help them navigate the challenges they faced arriving in a new country.

The “New Deal” enacted by President Franklin D. Roosevelt, rolled out a series of social programs, however these programs did not address the needs of new immigrants.

The By-Laws of the organization were later changed to include the sister island of Barbuda.

In 1964, ABPS purchased the brownstone building located at 12 West 122nd Street in the village of Harlem which continues to serve as its Headquarters.

The block on which this edifice stands, will be officially Co-named in honor of the Society’s first President, Bishop James P. Roberts Sr.

In 2012, the first fifty (50) years of the history of the ABPS was featured at the Schomburg Center, Research in Black Culture, in an exhibit titled ” A Light House in New York.”

The Antigua and Barbuda Progressive Society (ABPS) continues to be a “Lighthouse in Harlem, dedicated to the principles of promoting and cultivating social and intellectual activities among its members and throughout the Harlem Community for almost 90 years.

“We are extremely proud of the work that the ABPS has done for almost nine decades. We are proud that we can preserve the dreams, aspirations and physical movements of our ancestors. It is critical that we continue to highlight the accomplishments and contributions of Caribbean people as we remain a beacon of faith, hope and charity for future generations,” said former President of the ABPS, Mona Wyre-Manigo.\ 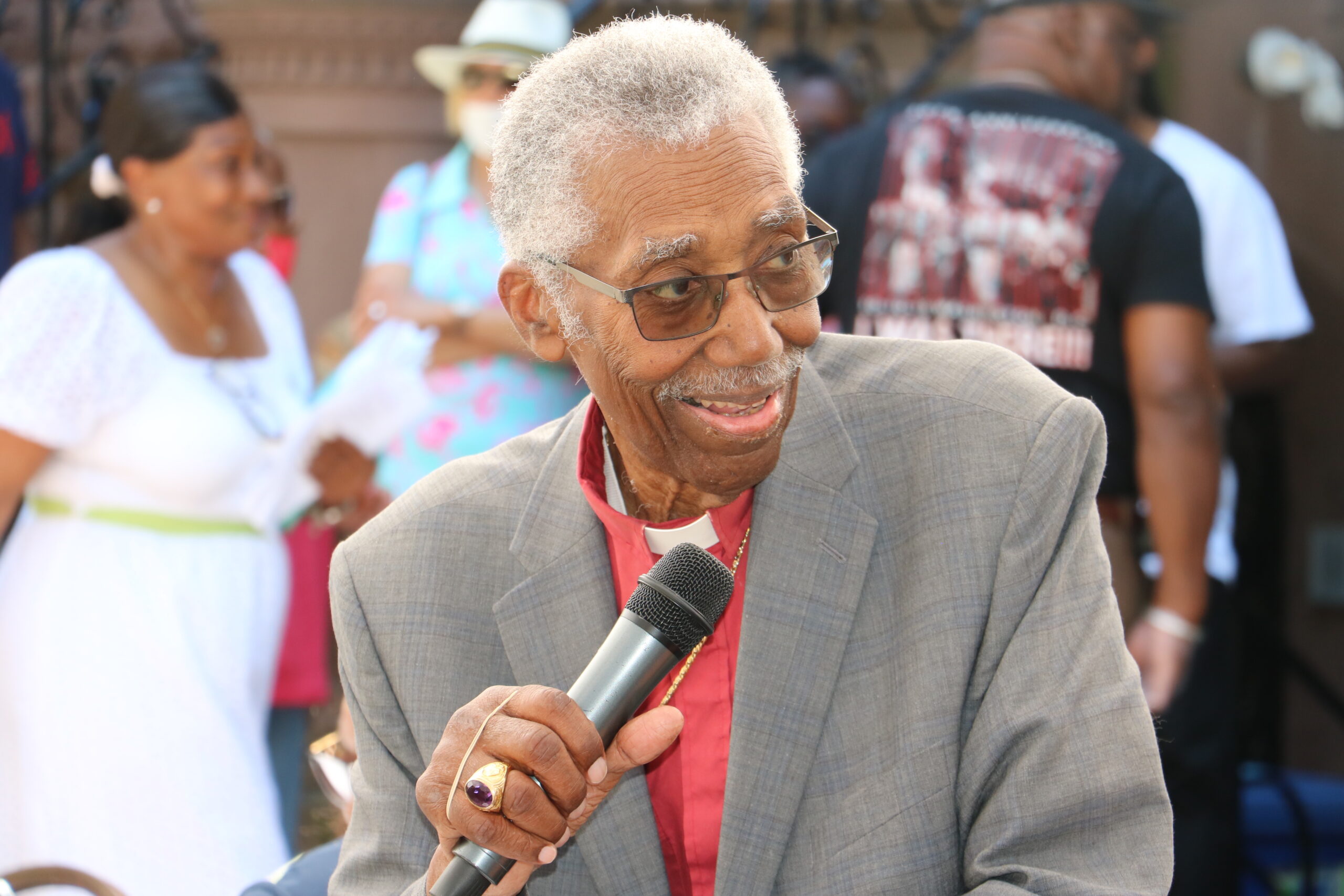