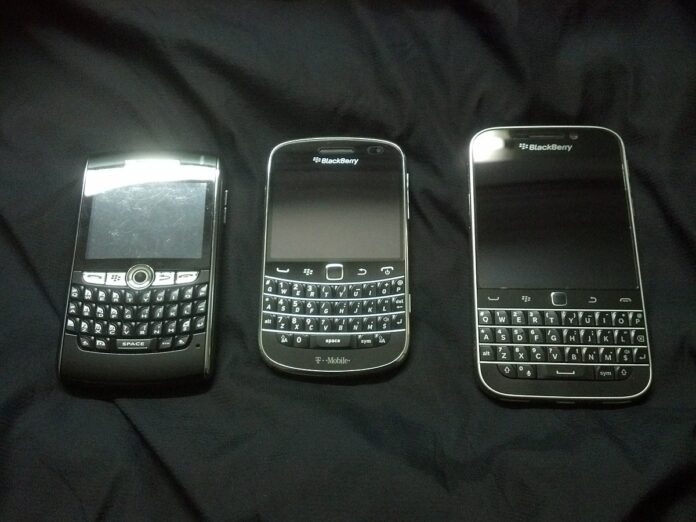 Many of BlackBerry Ltd.’s mobile phones will stop reliably working on Tuesday after the company decommissions several of its services.

The Waterloo, Ont.-based business is decommissioning services for BlackBerry 7.1 OS and earlier, BlackBerry 10 software, BlackBerry PlayBook OS 2.1 and earlier versions, as it transitions away from producing phones and toward being a software company.

The decommissioning will not impact BlackBerry phones running on Android software, but means devices running the company’s legacy services and software through either carrier or Wi-Fi connections will no longer have reliable data, phone call, text message and
9-1-1 functionality.

Blackberry, previously known as Research In Motion Ltd., was founded by Mike Lazaridis and Doug Fregin in 1984, but BlackBerry devices date back to the 1990s, when the company released an email-enabled pager. Later, it produced its first smartphones.

Users loved their full keyboards, which made typing long missives easy, and BlackBerry Messenger, a communications service that allowed BlackBerry users to chat with one another once after sharing unique pincodes.

The phones skyrocketed to popularity and were considered so addicting that they were often referred to as “crackberries.”

BlackBerry even counted celebrity fans like former U.S. President Barack Obama, who refused to give up his BlackBerry when he took office, and Kim Kardashian.

“BlackBerry has my heart and soul. I love it. I’ll never get rid of it,” Kardashian reportedly said at the Code/Mobile conference in 2014.

“I have anxiety that I will run out and I won’t be able to have a BlackBerry. I’m afraid it will go extinct.”

She admitted to keeping a supply of BlackBerry phones on hand because she was so loyal to the Bold model, but has since been spotted on her family’s television series using an iPhone.

That’s a transition many people made after Apple invented the iPhone and the proliferation of Android devices began, significantly curtailing BlackBerry user numbers.

BlackBerry eventually began prioritizing its software and security services, including its QNX business, which is focused on the automotive sector, but licensed its brand to phone manufacturers TCL and OnwardMobility.

As part of its shift away from its mobile business, the company announced it would end services for many of its phones in 2020.