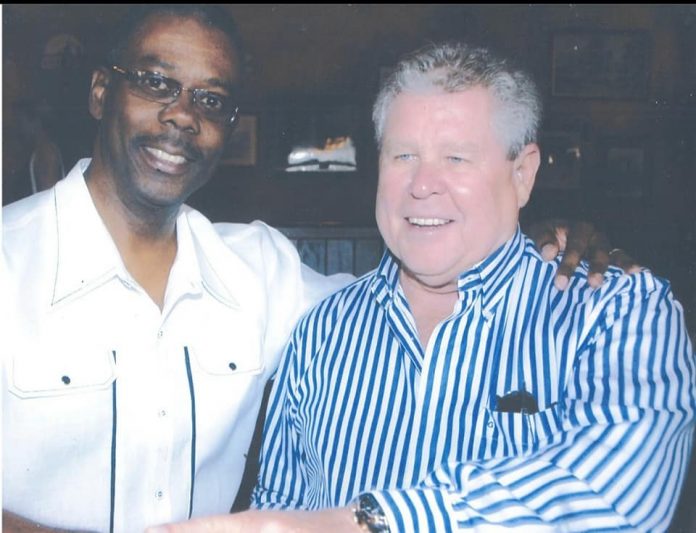 When I heard that the Honourable Gordon “Butch” Stewart had passed, all that I could say was, “Wow!” Wow in disbelief; Wow in sadness.

Truly, the world has lost a star and the Caribbean a giant; Jamaica has been deprived one of its beloved sons and Antigua and Barbuda one of its staunch friends.

Butch Stewart achieved greatness as a visionary who dreamed dreams; but turned his visions into reality as a practical man of affairs.

He mastered the art of marketing and created Sandals, a globally competitive brand that stands as an incredible and indelible symbol of Caribbean excellence and ingenuity.  And his quest for even higher standards led him to create the Sandals Corporate University in 2012.

Butch transformed properties.  He sandalised them, as he would say, putting his distinctive mark and ethos of luxury on each of them.

In 1991, he purchased the 90-room Anchorage Hotel and introduced Sandals to Antigua and Barbuda, then expanded the resort in 2007 with the majestic Sandals Mediterranean Village.

Since then, the contribution of Sandals to our economy, through several sectors, has been enormous.  And as a corporate citizen, his Sandals Foundation has sponsored and supported many of our educational, sporting and other charitable endeavors.

Butch was a fierce competitor and a tough negotiator.  But he was a man of his word and, above all, a genuine patriot of Jamaica and the Caribbean.  He was never pretentious, and retained his strong Jamaican accent, using the patois liberally.

He also had an amazing ability to mix at all levels, being as comfortable at the domino table with taxi drivers as he was at the conference table in the boardroom.

His passing leaves a void that will not be easy to fill.

On behalf of the United Progressive Party and on my own behalf, I extend sincere sympathy to Mrs. Stewart, Mr. Adam Stewart and the entire Stewart Family.