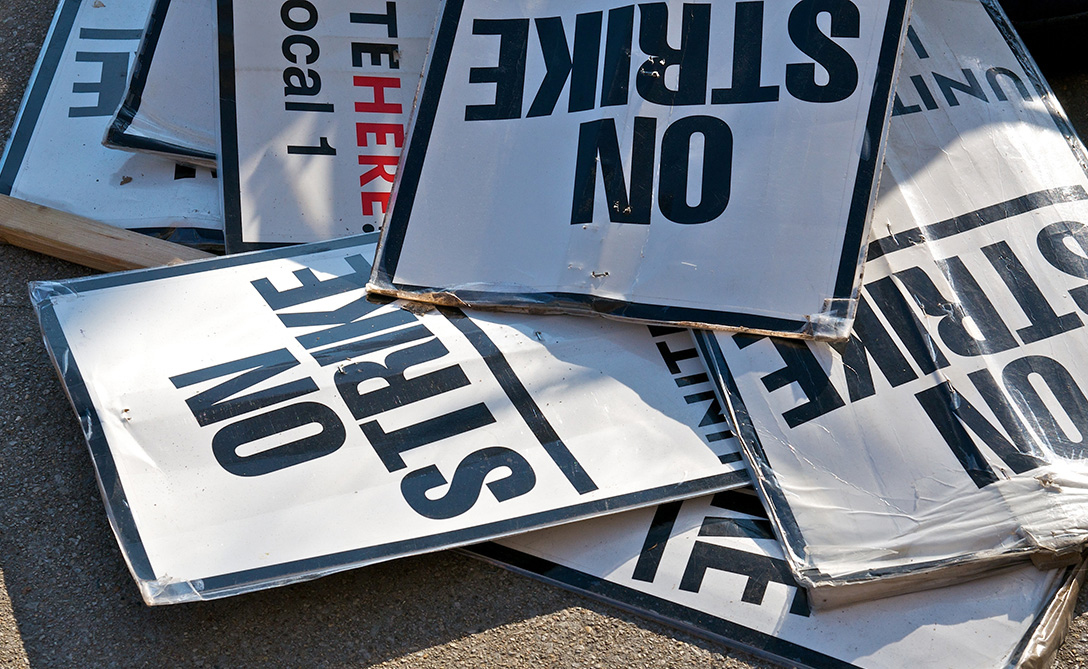 At the opening of business today, the employees of the State-owned State Insurance Corporation staged a sit-in at the corporate offices to protest what is being described as “negotiations in bad faith of the worst kind”.

“We thought that we had an agreement in principle,” said Antigua Trades and Labour Union Industrial Officer Ralph Potter.

“All of the outstanding issues were agreed upon, except for that of salaries and severance pay,” explained Potter.

In 2015, State Insurance Corporation made a $9m divided payment to the government of Antigua and Barbuda. In 2016, the payment increased to $9.6m.

Negotiations had been ongoing, but contentious, between the state-owned entity and its employees for well-over a year. But, many of the staff members, through its union, were under the impression that a deal regarding outstanding matters were soon to be resolved.

Most of the staff members occupied the offices of State Insurance but refused to work, leaving much of the normal day to day tasks to senior management as the company’s doors remained open to the public today.

“Before the matter landed before the Labour Commissioner, we had come to several agreements with the Corporation. But, when the matter was brought before the Commissioner, we saw not only outstanding matters up for consideration, but matters already agreed upon in principle. That was our first red flag that the board was not acting in good faith.”

Potter further explained that, after many months of deliberations, the labour department made several recommendations which were agreed upon by both sides.

“To our dismay, the board of directors took the entire agreement we had made to that point off the table as we still had an only the issue of salary and severance to sort out. That then put us right back at square one.”

Other seemingly resolved issues such as workplace conditions, aspects of company policy, incentives, work hours and rest intervals among others matters.

“The board promised the union a letter today, so we’ll wait and see what it says before deciding on whether to discontinue the industrial action.”

The sit-in will continue up until that time, pending the outcome of the meeting.