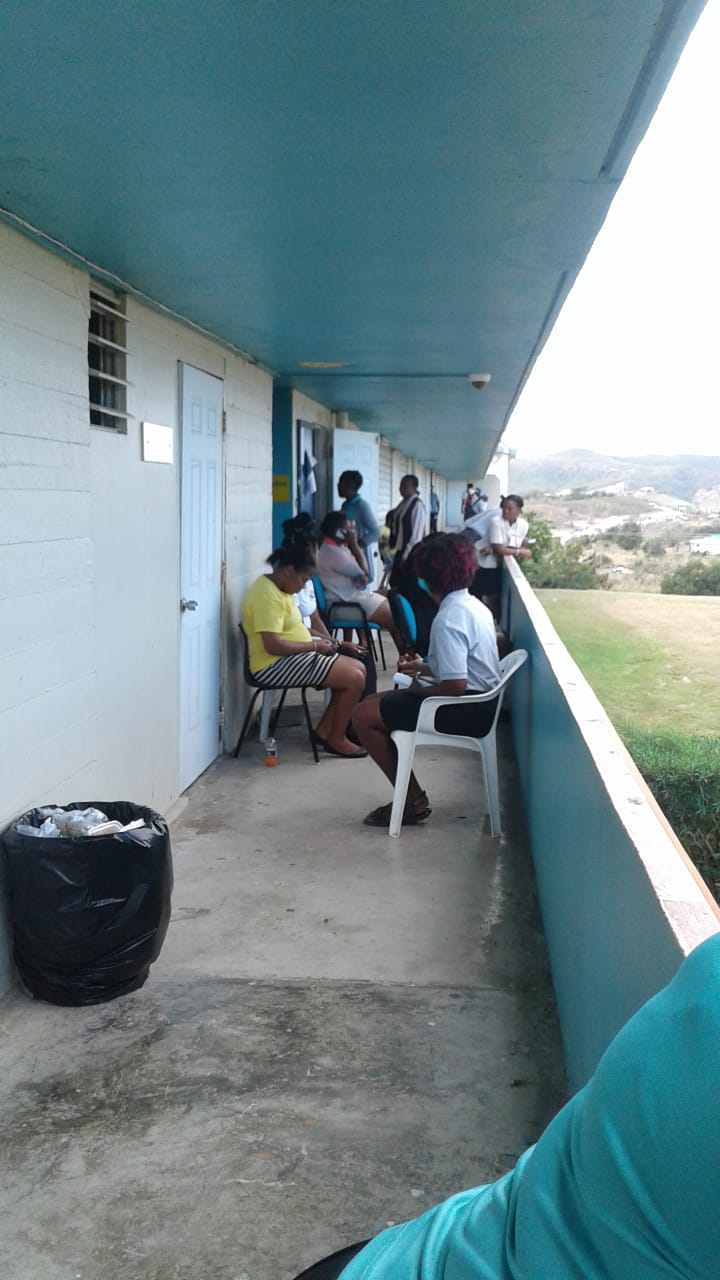 Staff at the Antigua State College soon to be campus of the UWI staged a sit-in today to press for improved working conditions.

While the 25-member group is not presently under union, they have decided that the working conditions at the country’s oldest tertiary-level institution to be far beyond unbearable.

Spokesperson for the sit-in staff ASC administrative assistant Juliann Stevens says had to go to the doctor early this year as a result of the poor working conditions she and the other staff members presently work under.

According to a printed list concerns include consistent water issues, building repairs, overcrowding at the main office, safety concerns, deplorable state of the Engineering department and lack of concern for the janitorial, cleaner and ground staff.

The staff members say that they have been constantly agitating to the College’s principal Hyram Forde, but are dissatisfied with the level of redress thus far.

They also indicate that the industrial action will continue into the foreseeable future until some sort of workable solution can be negotiated.