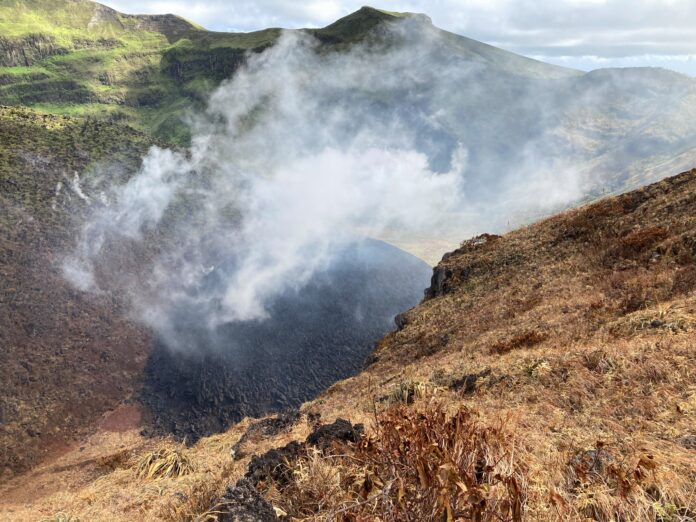 He made the disclosure at a press conference this afternoon, as he reported that since 3 a.m., there had been separate periods of tremors and long-period earthquakes, which are both associated with the movement of magma rising to the surface.

“The interpretation is that the volcano has entered a period of heightened activity and it is suggesting that fresh magma is either near the surface or approaching the surface and therefore the possibility for activity to move to an explosive phase has increased significantly,” he said.

“Given the current state of activity, given the data that we have, we still can’t say exactly when that would happen.”

“It’s possible that things could pick up more, that you could have more clear seismic signals prior to an explosion, but given what we’ve seen, it’s possible it could happen in the next few hours or few days,” Professor Robertson added.