Despite St Vincent and the Grenadines being widely known as one of the biggest producers of cannabis in the Caribbean, the government says it currently has no interest in legalizing its use for recreational purposes.

Finance Minister Camillo Gonsalves told Parliament that the Unity Labour Party (ULP) administration is exploring its options in the production of marijuana for medicinal purposes, but it won’t be going the route of some other Caribbean countries in allowing people to have small amounts of the drug for personal use.

The latest country in the region to head that route is Antigua and Barbuda. Just last week, the House of Representatives passed the Misuse of Drugs (Amendment) Bill which decriminalizes up to 15 grammes of cannabis for personal use. 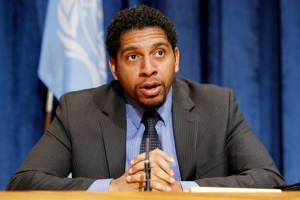 However, Gonsalves warned that “unregulated consumption of recreational marijuana poses a number of risks and challenges that we do not currently have the data on which to make informed decisions, or the capacity to manage effectively”.

He added that in addition to the unknown risks and challenges, there is a “deep divergence of views on the issue of recreational marijuana in our society”.

“We cannot responsibly ignore the deeply held beliefs of such a large section of the Vincentian public,” the minister said.

However, Gonsalves noted that global developments and shifting attitudes have presented the country with an opportunity to leverage its home-grown experience and expertise in cannabis cultivation into a full-fledged medical marijuana industry. Consultations will be held with the public this year to get their views on that.