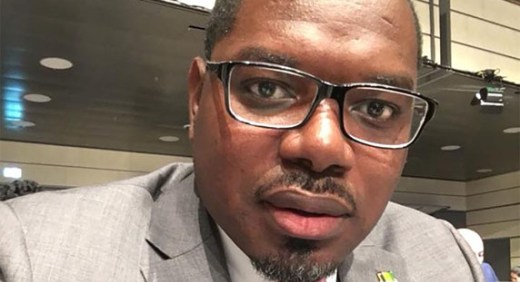 The government of St. Vincent and the Grenadines (SVG) has recalled one of its diplomats at the United Nations amidst a report that he punched his wife, also a diplomat, in the mouth on Friday, in the presence of her mother.

Prime Minister Ralph Gonsalves said on Monday that his government has recalled “for consultation”, Sehon Marshall, a counsellor at the SVG Permanent Mission to the United Nations.

Kingstown has further instructed Xandra Marshall, its Kingstown’s Deputy Counsellor General in New York and her husband, not to report for work until further notice.

Speaking on Star FM, which is owned by his Unity Labour Party, Gonsalves said his government is treating the matter “with utmost seriousness and is considering all the alive legal options in this matter.

“From what I have said, you can deduce certain possible conclusions, certain outcomes, really, but, as always, we have to act sensibly, deliberately, firmly as all circumstances and the law and the guiding principles admit.”

Gonsalves said that in addition to his government’s condemnation of the incident, which he said “degenerated into domestic violence, I really regret that this matter has happened to a young promising family, a family of great promise, including the three children which they have: ages 13 and 9 and 3 and this must be a difficult and challenging time for everybody concerned — the family and I, for one, in addition to what we have to do and which we are doing as the state, I have offered up prayers for them because they are human beings which are involved, including children.”

The incident occurred less than two weeks after Mrs. Marshall was appointed, and even before she has signed a contract with the government.

Mr. Marshall has become the second diplomat who Kingstown has recalled since 2014.

He was first appointed to replace Edson Augustus, who was recalled in 2014 and fired amidst reports he had taken money from persons in the United States, promising to help them to secure U.S. Permanent Resident Cards.

Marshall was transferred to the United Nations in August 2014, and his wife appointed to replace him earlier this month.

Gonsalves said Monday that his government takes a very strong position against domestic violence, saying this is reflected in the government’s policies and programme, including the passing of the Domestic Violence Act.

“So, the government unreservedly condemns domestic violence,” he said.

The prime minister said the matter ceased being a private one when it was reported to the New York Police Department.

“Once they got involved, the state authorities of the host country became involved, and thus, it moved from a purely private matter to one involving state-to-state relations and it involved what you may call the praxis of diplomacy.”

The prime minister said that the relevant authorities in the United States and Kingstown’s Ambassador to the United Nations, Ronda King, have been in touch with each other.

He said he expects that a formal diplomatic communication would reach King today.

The prime minister said that he had spoken to Mr. and Mrs. Marshall separately by telephone on the weekend and there are elements of their stories that are at variance.

“But, on many core issues, one can discern agreement,” he said, noting that Mrs. Marshall’s mother was present when the incident was taking place.

Media reports out of the United States said that police who responded found Mrs. Marshall with her lip split open and a swollen.

Police, however, could not arrest either of the Marshalls because of their diplomatic immunity.