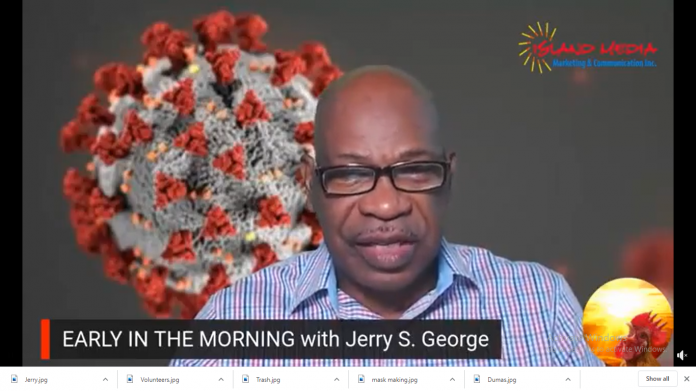 (SEARCHLIGHT)Public relations practitioner and journalist Samuel Jerry George was found dead this morning at his home.

The body of the experienced media practitioner was discovered by his wife Valerie at their Cane Garden residence.

She said in a Facebook post: “I am still in Shock, came home at about 7:20 am and met my Husband Jerry George on the floor DEAD.”

George’s last public appearance was earlier today on his online magazine programme ‘Early In The Morning’ which he hosts on his Facebook page from 6:00 a.m. on weekdays.

He introduced the programme, then after a three-minute presentation, he handed over to his guest. After coming off the screen, George never re-appeared on camera. The guest spoke for about 42 minutes and after she ended her presentation, the programme’s screen went blank.

The programme remained live online for another 90 minutes before it was cut off.